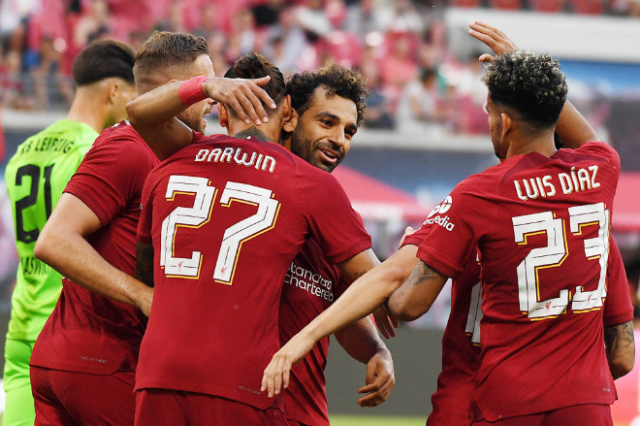 Premier League: Where to watch Fulham vs Liverpool live in 160+ countries on August 6, 2022

Liverpool will begin the 2022-2023 Premier League campaign by making a stop at Craven Cottage to take on a newly-promoted Fulham side in Saturday's early kick-off game. Expectations are high for the Reds to start on a hight note and rightly so considering how they performed last season.

Having completed a domestic double by winning the FA Cup and the EFL Cup, Jurgen Klopp's men came close to making it a quadruple but for Man City and Real Madrid. The former held their own until the final day of the 2021-22 Premier league campaign to retain the league title whereas the Meregues stunned the Merseysiders and ruined their Champions League dream beating them 1-0 in the final.

While a lot has changed for Liverpool in terms of available personnel, their mandate to secure the league title this season remains unadulterated. They have already shown glimpses of what their capabilities are with their performances in pre-season as well ss last weekend's Community Shield triumph over new rivals Man City. The 3-1 victory over the Citizens at the King Power Stadium should serve them with the right motivation for the weekend's season opener.

For Fulham, escaping relegation will be the primary objective this season after spending the last campaign fighting their way back into the English top-flight. The Cottagers were crowned winners of Championship after setting themselves apart from the rest with 90 points and 106 goals to their name in the campaign.

Nevertheless, the terrain is relatively different in the Premier League but Marco Silva's side have bolster their ranks in order to meet the expectations bestowed on them. Fulham is in a good position to try to guarantee survival this time and if their pre-season form is also anything to go by, they should be able to put in a good fight. In building up to this weekend's encounter, the Cottagers were able to beat Nice and Estoril, while keeping Villarreal to a score draw in pre-season,

However, the odds are massively stacked against the hosts as their have lost all five of their opening-day top-flight encounters the season after their promotion. Interestingly, their last Premier League win before being demoted to the Championship at the end of the 2020-21 season was against Liverpool and this should well grant London club the needed morale to put in a good shift against the title contenders.

Former Liverpool sensation Harry Wilson is the major absentee for Fulham ahead of Saturday's early kick-off game with Liverpool. The Welshman is still recovering from a knee injury and will be unavailable for selection.Manor Solomon, Joe Bryan and Nathaniel Chalobah are all expected to miss out of the ecounter with respective injury issues.

On the contrary, Liverpool could have as many as seven first players missing in action as they recuperate. Although goalkeeper Alisson Becker returns in post after missing the Community Shield win over Man City, Kostas Tsimikas (knock), Ibrahima Konate (knee), Naby Keita (illness), Alex Oxlade-Chamberlain (hamstring), Curtis Jones (calf), Diogo Jota (thigh), and Caoimhin Kelleher, will all be unavailable for the weekend's test.