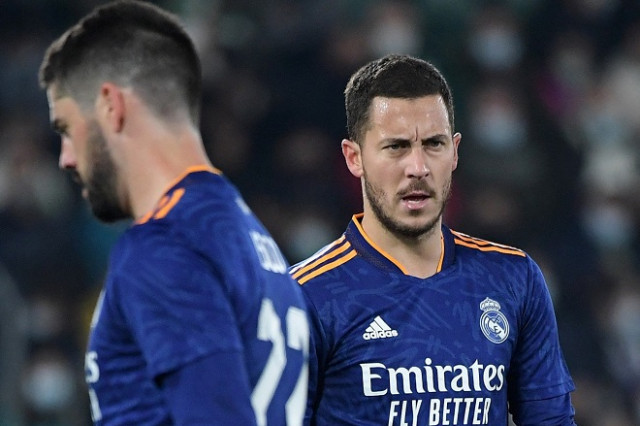 After a complicated week in which most teams caught up with their games in hand, the complete list of La Liga teams are set to play one more matchday. It will be an interesting weekend to watch, where Real Madrid and Sevilla will continue their toe-to-toe race for the crown as Betis, Atlético and Real Sociedad keep their battle going on for the remaining two spots to play in next year's UEFA Champions League.

Another thing to keep an eye on will be Barcelona's fall from grace. The team coached by Xavi will enter the weekend with no wins in their last three games, and while Xavi Hernández's time at Camp Nou may not be in jeopardy, the team's poor performances on the pitch have their fans questioning just how on earth they will be able to see their fortunes turning around.

With that in mind, let's have a closer look at the intimate details that will make this weekend in La Liga one to keep an eye on.

Real Madrid top the table with 49 points, but they cannot afford to kick back since Sevilla are four points behind them in the title race. Real Betis are in a distant third place with 37 points, although their place will not be in jeopardy for this week, as Atlético and Real Sociedad are four points away from them to complete the top five.

La Liga games you won't want to miss on Matchday 22

Atlético Madrid vs Valencia: Los Colchoneros are quite a few points behind the league leaders in the title race, and even with a game in hand, it seems that Simeone's men really need to step it up before their season bursts into flames. This week, the defending champions will face Valencia, a team that has also struggled to win games recently and who could still have a chance to fight for European competitions if they can earn some convincing wins.

Real Madrid vs Elche: The league leaders faced Elche in the Copa del Rey this past Thursday in what turned out to be an electric match that needed extra time to be resolved. The points gap between these teams (27 points) may not be relevant when both of them take the pitch at Santiago Bernabeu Stadium, especially after Thursday's game where Los Franjiverdes came close to shocking the Spanish giants despite the massive difference when it comes to squad value.

Deportivo Alavés vs Barcelona: The Blaugrana side is only one point away from the top four, but their unflattering playing style under Xavi Hernández raises serious questions about their chances of a top-four finish. This weekend, the team will be tested by Alavés, a team in need due to their involvement in the battle to avoid relegation, and who have made a habit out of losing against Los Culés when playing at home. Will they be able to take advantage of Barcelona's recent woes?