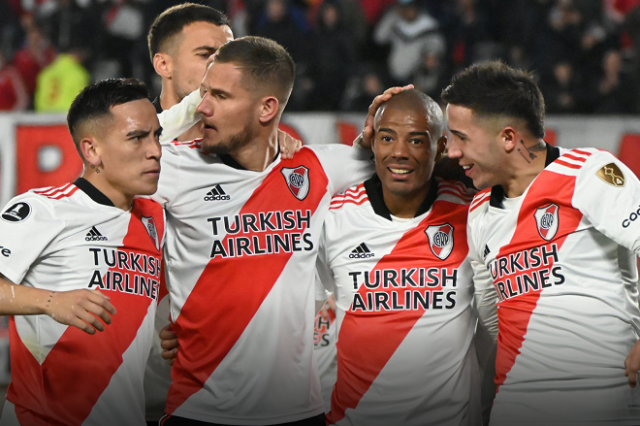 How to watch Copa Libertadores' Matchday 6 in the U.S. and the world

We are down to the final moments of the group stage in the 2022 Copa Libertadores, with nine spots to play the next round still up for grabs. There are some interesting permutations that could take place this week, but before we go deeper into it, let's name the teams that have already booked their spots in the next round.

Palmeiras leads the seven teams that have made it to the next round, and they do so with a perfect record so far. Estudiantes, Atlético Mineiro, River Plate, Colón, Flamengo, and Universidad Católica complete the names of the clubs that have booked their spots in the KO stage, which means that some of the most iconic South American teams such as Colo-Colo, Corinthians, and Boca Juniors could be left out of the competition if things don't go their way this week.

Here is how the groups look like with only one game left for each club in the group stage of the South American competition.

Nacional vs RB Bragantino - The Uruguayan side still have a slight chance of making it to the final round, but they must beat RB Bragantino and hope for a loss by Vélez against fellow Argentine side Estudiantes. As for the Brazilian club, the team led by Mauricio Barbieri need to win this match with the widest margin possible to end all hopes by Vélez, who are level on points with them but have a worse goal difference after five games.

Colo-Colo vs Fortaleza - The Chileans wasted two big chances of making it to the next round, and now they need to defeat Fortaleza to secure a spot in the KO stage. The Brazilians do not have the need to win this game, since their goal difference would do the trick for them due to Colo-Colo's -3 record after five games.

Corinthians vs Always Ready - The Brazilian side led Group E before last week's result, and now they need to defeat the already eliminated Bolivian club to save themselves from embarrassment. A draw would also benefit the team from Sao Paulo, but only of Boca Juniors and Deportivo Cali's match ends with either one of them losing.

Boca Juniors vs Deportivo Cali - The laureated Argentine club is one game away from missing out on the KO stage for the first time in 28 years, but they have one more chance to save their pride when they host current Group E leaders Deportivo Cali. The first match of the competition between these teams concluded in a two-nil win for the Colombians, which means that Los Xeneizes will need a miraculous comeback to put an end to their woes in the continental tournament and reach the next round. Meanwhile, a draw would be enough for Deportivo Cali to qualify, although they could do so in second place if Corinthians win and their match against Boca ends in a tie game.

Here are all the games for the final week of action in the Group Stage of the Copa Libertadores. More info on the tournament here.