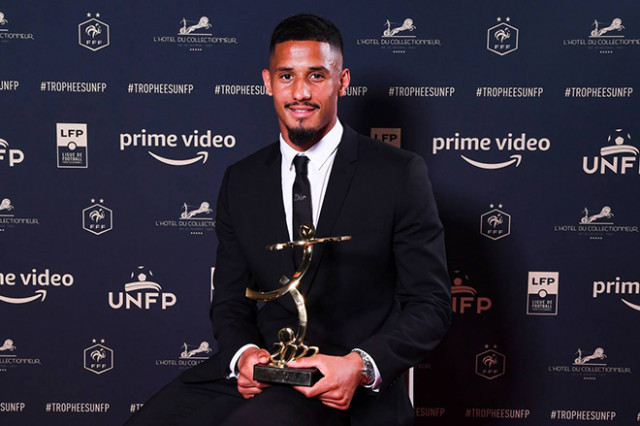 One of the biggest discussions surrounding Arsenal and their transfer plans centered on William Saliba and his future at the Emirates Stadium.

Despite being one of the most highly-rated young center-backs in world football, the Frenchman is yet to make his competitive debut for the senior side despite joining the club back in 2019. The biggest issue has been Mikel Arteta and his assessment of the defender, with the Spaniard twice deciding to send the 21-year-old back out on loan to improve his game.

His 2021/22 campaign with Marseille has been nothing short of stellar, with Saliba being named the Young Player of the Year in the French top-flight. As a result, rumors came flying in regarding his future and whether he will ever don the Gunners shirt.

Some news outlet claimed that Marseille are keen on keeping him and that the player himself favors a stay at the Stade Vélodrome. L'Equipe, on the other hand, claimed (as per Get French Football News) that while Sampaoli's side, who have secured UEFA Champions League football next season unlike Arsenal, will be unable to sign the player due to their financial situation, William's north London employers have slapped a price tag on the youngster and are open to selling him.

However, is there any truth to the aforementioned claims? Mikel Arteta had remained coy on this situation for most of the season but has now clearly revealed his plan for the player to RMC Sport: Saliba will return to the Emirates Stadium and be part of the team.

The Spaniard stressed one of the key points regarding Saliba and that was Arsenal's inability to offer him ample playing time. The Frenchman did not want to be on the bench, and with the Gunners having Ben White and Gabriel in the squad and no European football, there were not enough matches to allow the former St-Etienne sensation to gain experience.

"William Saliba has to come back. He has the experience to be competitive with us. We sent him to Marseille for his growth," Arteta told RMC Sport.

"William wanted to be regular starter as you know but now we want him back at Arsenal."

Arteta tells RMC: "William Saliba has to come back. He has the experience to be competitive with us. We sent him to Marseille for his growth".  #AFC

"William wanted to be regular starter as you know but now we want him back at Arsenal".

"For his growth and what he can do next season, that wouldn't have been good," Mikel added in regards to keeping him in London during the recently-completed season.

"William wasn't with us because he wouldn't have had the playing time to gain experience. That's it, there's nothing else."

Does this mean Saliba is destined to play a key role at Arsenal next season? While this looks to be the priority, nothing can be ruled out. It remains uncertain whether the defender is sold on an Emirates Stadium return, where White and Gabriel are the established center-back pairing. This is exacerbated by the upcoming 2022 FIFA World Cup, which the 21-year-old intends on making.

Nonetheless, two more years remain on the defender's contract, which grants them all the power in this situation. Only time will tell if the highly-rated center-back will remain with Arsenal or not.