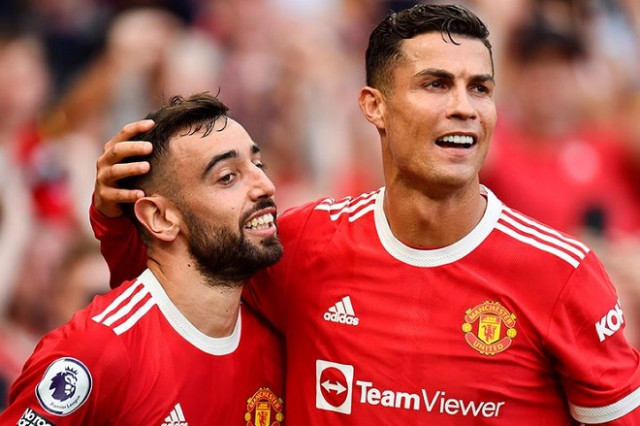 There have been many rumors about Cristiano Ronaldo's potential exit from Manchester United before the start of next season, and with the summer transfer window about to open, the uncertainty about the superstar's future will increase.

With that in mind, one of Cristiano Ronaldo's colleagues shared an insight on what to expect regarding this move. Manchester United and Portugal midfielder Bruno Fernandes admitted being in the dark about his compatriot's desire to leave, but he also revealed he has kept in touch with him during their time off when the team's resting period is over.

"I had a phone call with Cristiano a couple of weeks back. Right now we are both on holidays, but I expect to meet with him face to face when the pre-season begins," Fernandews stated.

Reports from all over England have suggested that Manchester United would be doing good business if they chose to let the Portuguese ace go, but according to Fernandes, that would not be a wise decision by the Red Devils.

"Although we are entitled to decide about our own future, I don't think it would be wise by the club to get rid of a player such as Cristiano," Bruno Fernandes added.

Word on the street suggests that the former Real Madrid and Juventus striker will stay put at Old Trafford, but it remains to be seen if the footballer or his agent come up with an interesting offer that could change the way Manchester United's execs feel about letting him leave the club.