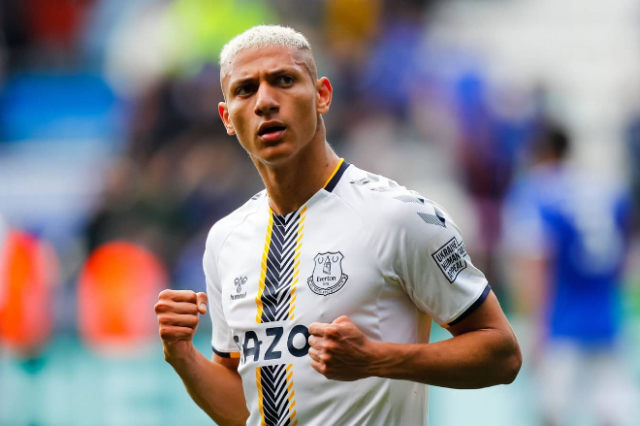 Tottenham Hotspur are confident of completing a double swoop for Richarlison and Clement Lenglet, a report from the UK has revealed. The London club is apparently close to finalisnig a £50M deal with Everton for the former and are also set to sign the Barcelona defender on loan to add to the impressive summer business done so far.

Already strengthened by three new arrivals, more signings are likely to be made in the coming weeks, and Tottenham's starting line-up could be well stacked to compete against the Premier League's top guns. Having taken notice of Antonio Conte's outbursts in the course of last season, the club has shown a lot of ambition with the recruitments of Yves Bissouma, Ivan Perisic and Fraser Foster.

According to the Daily Mail in UK, they are inching closer to finalizing deals for their fourth and fifth signings of the season, with talks for Richarlison and Lenglet progressing significantly. Per the report, Spurs should be able to complete the transfer of the Everton striker in the next 24 hours after a fee in the excess of £50M was accepted by the Merseysiders. On Thursday, both clubs are expected to reach a compromise on how the payment will be structured, and 10 percent of the amount paid is expected to go to Richarlison's old club Watford.

Full agreement between Richarlison representatives and Tottenham on personal terms. Long term contract agreed with his new agents, waiting to complete the deal with Everton. #THFC

For Lenglet, a loan deal is already in place and the player is expected in London ahead of the weekend to complete his medicals. However, his arrival will not shut the door on more potential arrivals as Tottenham are looking to secure more signings and are still in talks with the representatives of a couple of defenders.

Barcelona and Tottenham are working on final details of Clément Lenglet loan deal, including salary situation. The player is waiting for negotiations to be completed very soon. #THFC

Tottenham are working on both Lenglet and Richarlison deals.

Meanwhile, Harry Winks and Steven Bergwijn have both been tipped for moves away. While the club awaits suitable offers for the latter, the former is rumored to be closing in on a move to Eredivisie champions Ajax.