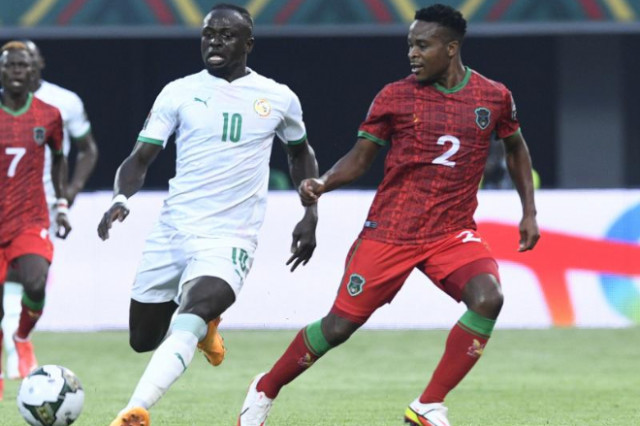 Four down, four more to go. The Round of 16 of the 2021 Africa Cup of Nations has reached its midway point and the teams that are yet to have a taste of knockout football will be hoping to make the best of the opportunity. After the group stage served up surprising packages with the elimination of both Ghana and Algeria, the first set of matches in the last 16 has not disappointed either.

Nigeria, who were the only side to record a 100 per cent win record in the group phase, were handed an early trip back home by a Covid-hit Tunisian side. Sunday's heartbreaking 1-0 defeat sent the Super Eagles packing out of Cameroon while the Carthage Eagles set up a quarter-final date with Burkina Faso. The latter had defeated a 10-man Gabon side on penalty shoutout to reach the next stage of the competition hours before Nigeria's elimination.

On Monday, Gambia defied the odds to record a 1-0 win over Guinea who also had a player being sent off. Later in the evening, host nation Cameroon a surprisingly tough test against a 10-man Comoros side to sail into the quarter-final with a 2-1 win.

The Coelacanths had already etched their name in the history book of the competition with their qualification to the last 16 stage but wowed neutrals with a remarkable performance in a game which saw left-back Chaker Alhadhur manning their post after all their three goalkeepers were ruled out of contention.

Ahead of the next round of fixtures, we take a look at the stakes and what to expect from the four teams involved:

Senegal vs Cape Verde: Senegal will face Cape Verde in the final 16 of the Africa Cup of Nations on Tuesday at the Stade Omnisports de Bafoussam, continuing their quest to dominate the continent for the first time. The Blue Sharks are without a knockout-stage victory in their last two tournament visits and will be anxious to break that streak. Needless to say, it will be far from a straightforward activity for the latter considering the pedigree of the opponent they face. Senegal have not exactly been standout performers with the crop of talent in their ranks but will go into the clash as the only side yet to concede a goal at the tournament.

Morocco vs Malawi: Morocco will believe that this is the year to end their Africa Cup of Nations drought, with giants tumbling left, right, and centre. The Atlas Lions will face Malawi next after going undefeated in the group round, raising hopes of a first title since 1976. Since then, they've only made it to the semi-finals once, in 2004, when they were defeated by Tunisia in the final. Malawi qualified as the best third-placed team, and for the first time in their history, they advanced from the groups. The significance of the clash with Morocco cannot be overemphasized and the Flames will be poised to put in a good shift and potentially deliver another upset to the North Africans.