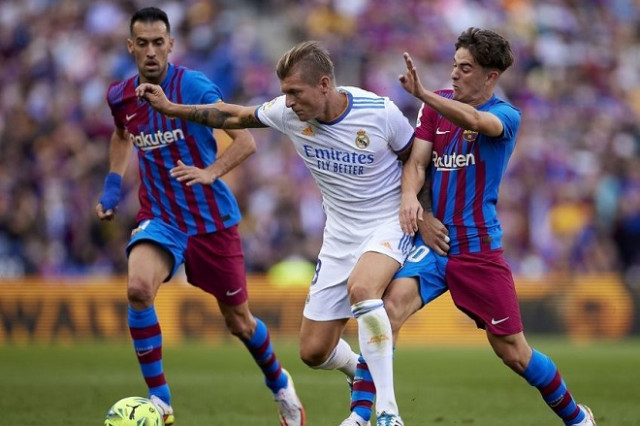 A special edition of La Liga is set to begin on August 13. The top-tier football competition in Spain will return to action with Real Madrid trying to defend their title, something that might be easier said than done considering how atypical this season will be.

Earlier today, the league announced the whole calendar for the 2022-23 season, which will also be featuring teams such as Almería, Real Valladolid, and Girona, who were promoted to the league after the end of last season. The announcement included the dates of some of the most-watched games in the world, especially El Clásico and the Madrid Derby, among others.

The top football category in Spain revealed that the competition will be brought to a halt three times due to FIFA International Breaks. The first one of those will take place from September 19 to September 27, and the third one will take place between March 20 and March 28.

The longest pause in La Liga will be caused by the 2022 FIFA World Cup. This long break will begin on November 9 and will come to an end on December 29, giving fans a chance to go back to their regular league programming one day before the end of the year and on New Year's Eve.

Now, on with the most relevant dates. The Madrid Derby, which will become the first major clash of the campaign, will take place one day before the first FIFA break comes. The return leg, set to take place at Santiago Bernabeu Stadium, will be held on February 26.

Madrid is becoming the capital of football…

Find out the dates for the Madrid derby for #LaLigaSantander 2022/23! pic.twitter.com/6zM0ywG9pF

Fans across the globe will have to wait for the end of the World Cup to see Barcelona and Atlético facing each other. The first clash between these Spanish titans will be played on January 8, 2023, while the second clash will be held on April 23.

If you are an @FCBarcelona or an @atletienglish fan... Take note of these Matchdays!#LaLigaSantander pic.twitter.com/bQOt345RDo

Last, but not least, football fans all over Planet Earth will be able to enjoy El Clásico before the FIFA World Cup break, with the first one taking place at the Bernabeu. The other match between Spain's most popular teams will be held at Camp Nou on March 19, 2023.

The game that makes the world stand still…

Who will get the win?

Check out the whole calendar, along with standings and other information, in our dedicated La Liga webiste as the season unfolds.