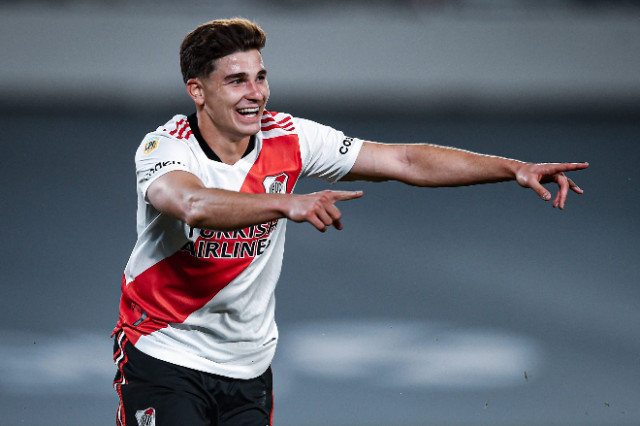 Manchester City have reportedly agreed to secure the service of River Plate wonder-kid Julian Alvarez amid competition from city rivals Manchester United. Multiple reports from the UK suggest that the Citizens will pay in the excess of 17M pounds for the player after striking a deal with his representatives this week.

Alvarez, who has become in-demand in recent months, caught the eyes of many top European clubs after propelling River Plate to their first national league title since 2014 in the recently ended season. His impact in all competitions cannot be understated with the 21-year-old attacker managing 24 goals and 18 assists in 46 games.

Back in December, reports from Argentina and the UK suggested that Manchester United were in pole-position to secure the service of the South American wonder-kid and had scheduled a meeting withe the player's agent in the winter transfer window. However, the buzz around the purported move died down with the turn of the year while the meeting also failed to materialise. Instead, The Athletic, Sky Sports, and transfer insider Fabrizio Romano, have all revealed that Man City are now front-runners in the race for the attacker who has been tipped to fill Sergio Aguero's boots.

Manchester City are confident to complete Julián Álvarez signing in the next days. It's matter of details, taxes and add ons #MCFC

River will receive €16m guaranteed plus bonuses [to be discussed] and asked Man City to keep Julián on loan.

It is rumored that Pep Guardiola's side will pay an amount in the region of 17M pounds to recruit Alvarez. Meanwhile, should the deal be made official, the player is not expected to move to City imminently and would rather be loaned back to his current club before arriving at the Etihad in the summer.