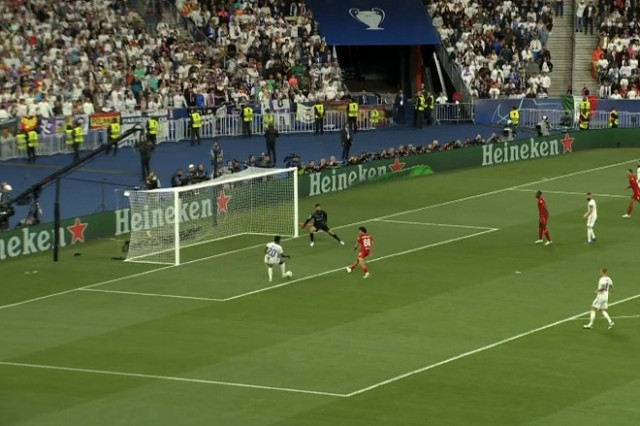 GOAL OR NOT? Vinicius scores for Real Madrid in dubious position

Liverpool dominated the first half of the match against Real Madrid, but Los Blancos resisted their approaches and ended up claiming the lead with a somewhat controversial goal.

A cross gone wrong by Fede Valverde became a crucial pass for Vinicius Jr, who was all alone inside the box to open up the scoring for Real Madrid. The shot was the first one on goal for Los Merengues after Liverpool's dominance that lasted almost one hour.

Although Los Merengues were swift in celebrating their goal, some fans and even a few experts doubted about the legality of the goal. The main problem was that Vinicius seemed to be in offside position when Valverde hit the ball to feed them with the assist.

Have a look at Real Madrid's first goal of the evening (Image might be geo-restricted).