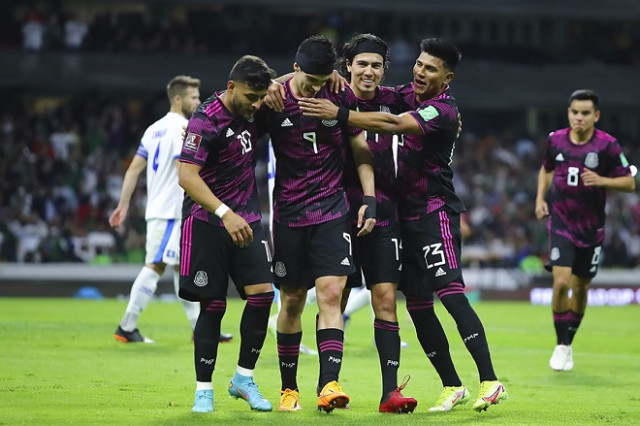 International Friendly: How to watch Mexico vs Nigeria on May 28, 2022

In a normal scenario, this summer would be one for football fans to feast on the FIFA World Cup. Nevertheless, with the tournament being played in December, there will be other National Team competitions filling that void. Such is the case of the CONCACAF Nations League, where Mexico will try to pick up the pieces from their 2021 loss and start preparing for a new assault at the title.

The team led by Gerardo Martino will prepare for this competition with a host of interesting matches, the first of them taking place against Nigeria this Saturday. Mexico will have most of their top-rated players for this match, trying to make their coach's job a bit harder when he has to narrow down this list to complete the names that will be playing in Qatar this winter.

Mexico's squad will include veteran players such as Andrés Guardado and Guillermo Ochoa, both being expected to make the final cut and play in their fifth FIFA World Cup in December, but the team will also benefit from some young blood, led by 18-year-old Marcelo Flores, who has been named by most as the man that will lead El Tri for years to come.

Nigeria will be on the other side of the pitch, with their FIFA World Cup elimination still causing tears among their fans. Their heart-breaking elimination at the hands of Ghana has left them as a sparring for those teams that will make it to the World Cup, but with no time to waste, the Super Eagles will want to forget about the past and start preparing to get a spot in the 2023 AFCON, with their first match just around the corner.

The African side will feature some of their rising talents in this game, which will include defender Zaido Sanusi and goalkeeper Maduka Okoye. The veteran side of the team will include defender Leon Balogun, striker Ahmed Musa, and midfielder Alex Iwobi, who will surely carry the team's weight for this complicated match.

Unfortunately, this game will not feature all the talented players for both teams, as Mexican ace Hirving Lozano and striker Rogelio Funes Mori will not be available for El Tri due to injury. The same goes for Nigeria, as players such as Wilfred Ndidi and Victor Osimhen were not called up by coach José Peseiro.

Mexico vs Nigeria - Head to head

Live elsewhere? Check our full TV listings for this match.