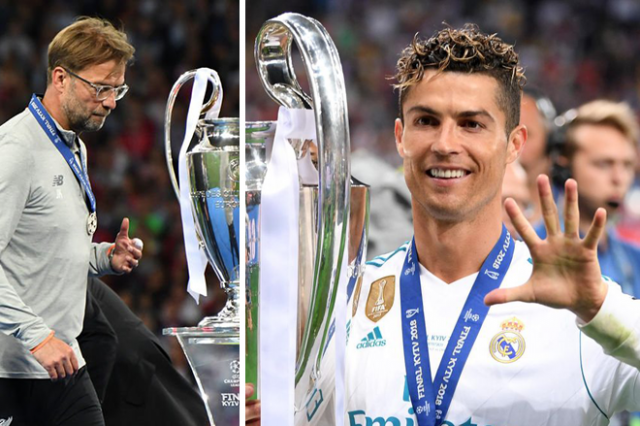 Liverpool are gearing up for a highly-anticipated UEFA Champions League final against Real Madrid, with the Premier League giants set for a rematch of the 2018 final in which the Reds lost 3-1 to Los Blancos.

Revenge will be the goal for the Merseyside outfit as Salah and Co. aim to get their hands on a second European cup under Klopp, and a seventh overall for the club. However, they will be in for a tough time in Paris as Los Blancos, led by the rampant Karim Benzema, have been unstoppable so for in the competition.

Ahead of Saturday's exciting fixture, James Milner, who started the final in 2018, sat down for an interesting interview with Jamie Redknapp where he opened up about that encounter in Kyiv four years ago. The veteran Englishman also described Klopp in three words and expressed what it is like to work under the German boss, seen by many as one of the best managers in world football.

"Genuine. Energetic. Fun. When he does his team talks, it's not joke, joke, joke, but he'll always try to soften them. Like the 2018 Champions League final," Milner said, as per the Daily Mail.

The former Man City midfielder then went on to reveal a funny and intriguing story involving Klopp. The Englishman stated that the Anfield boss went to great measures to relieve his players of the tension that comes with facing a Cristiano Ronaldo team in the UEFA Champions League final.

"He was doing his usual pre-match meeting — talking about the game, the tactics, what we're going to do, what they'll do. But he knew there would be tension," Milner went on to add.

"As there would be when you're about to face a team including Cristiano Ronaldo in a final. What did he do?" Redknapp interjected.

"He had his Ronaldo boxers on," Milner responded, sparking laughter from the interviewer.

"That was his way of trying to relax the boys. Around games, he'll think, 'What is the narrative?' Like if something's on the lads' minds that they've seen on social media. He's good at nipping things like that in the bud."

Of course, 2018's showdown did not end well for Liverpool. Despite starting the game extremely well, the Reds were hit with a huge blow after Mohamed Salah was forced off in the first half due to a shoulder injury. Additionally, two goalkeeping blunders from Karius helped Real Madrid score twice, with a goal from Karim Benzema and a brace from Gareth Bale securing a 3-1 triumph.

These two continental powerhouses met in Europe last season as well, facing off in the quarterfinals, with the Merengues emerging triumphant once more. However, this season, Klopp's side are back at their best and will thus fancy their odds of getting revenge.