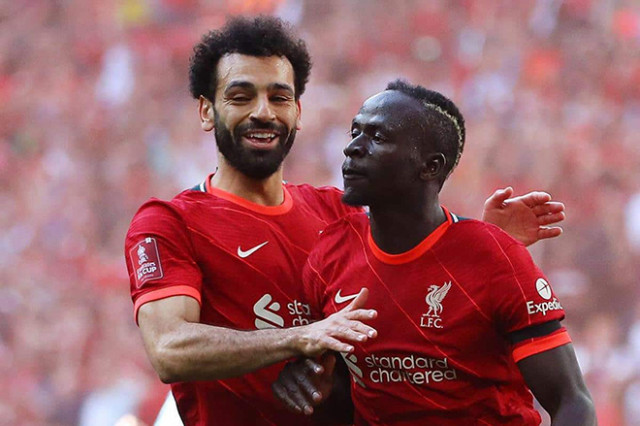 On the pitch, Liverpool are flying high regardless of their recent shortcoming in the Premier League title race, with many describing the club, its manager, and the players as the best in the world. However, off the pitch, the Merseyside giants are facing a few tasking issues in the form of contract talks regarding two key players.

They are none other than Mohamed Salah and Sadio Mane, arguably two of the best players in world football. Both the Egyptian and Senegalese superstars are entering the final year of their contracts, meaning the club are in risk of losing their two most influential attackers of the Klopp era for free come the summer of 2023.

Salah, who missed out on the Premier League Player of the Season prize despite racking up the most assists and sharing the Golden Boot with Heung-min Son, has dominated the headlines at Anfield due to his contract situation. While both parties wish to continue this relationship, the club and player are reportedly at loggerheads over how much the 29-year-old should earn at Merseyside.

As a result, many have begun speculating whether the UEFA Champions League finalists will cash in on the attacker or, in a similar fashion to Robert Lewandowski, whether Salah will hand in a transfer request. We have received an answer to one of those two questions as the Egyptian sensation has revealed that he will not be going anywhere this summer.

"I'm staying next season for sure," their top scorer said, as per the Athletic.

"I don't focus on the contract at the moment. It's about the team. It's a really important week for us. I want to win the CL again.

"I want to see Hendo (Jordan Henderson) with that trophy in his hands again and then hopefully he gives it to me!"

Having scored 156 goals in 253 games for Klopp's side, Liverpool fans will welcome this update. However, the board's decision remains uncertain as they could easily opt to recoup some money from the former Roma ace should he fail to sign an extension.

What about Mane? The 2021 Africa Cup of Nations winner was not as straightforward as his fellow African attacker, instead stating in a recent interview that he will announce his decision – whether he will stay or leave this summer – after the UEFA Champions League final.

"I'm going to answer after the Champions League."

Sadio Mané responds to being asked about his future at Liverpool. pic.twitter.com/YWx3WA4pfq

Nonetheless, the stance of Liverpool is straightforward: as confirmed by the Reds chairman Tom Werner, the Premier League giants wish to keep both men at Anfield.

"I'd like to keep those conversations confidential but obviously we've articulated our desire that they remain. Beyond that, I'll leave that to Julian [Ward]." @TheAthleticUK