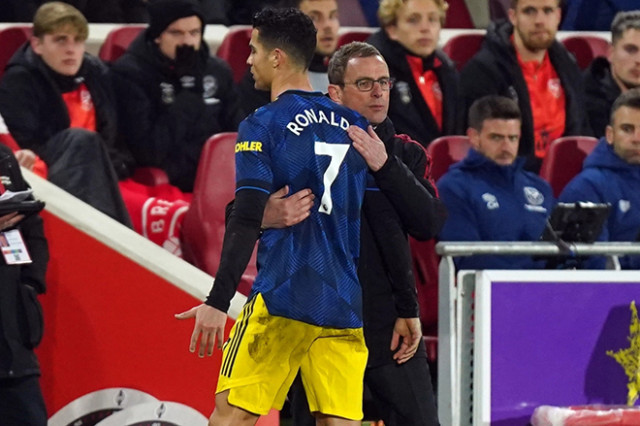 Man United returned to winning ways on Wednesday, with the Red Devils marching to a much-needed 3-1 victory away to Thomas Frank's tricky Brentford side. Given how poor their form has been as of late, this was a welcomed result for the Red Devils as it has moved them within two points of the fourth spot.

Greenwood scored. The young Anthony Elanga also found the back of the net, breaking the deadlock for the Premier League giants, while fan-favorite Marcus Rashford also ended his long wait for a goal, netting the game's third. So, surely there was nothing negative that emerged from that fixture for Ralf Rangnick's side, right?

Unfortunately, that was not the case. In the 71st minute, with Man United being 2-0 up, Rangnick opted to bring on Harry Maguire in order to shift to a back five. Given that they threw away a two-nil lead over Aston Villa to draw 2-2 a few days ago, this move was understandable.

However, Cristiano Ronaldo, who played a crucial part in the Red Devils' second goal, was the man to come off, and that did not go down well with Portuguese forward. The 36-year-old has never been a fan of being subbed off regardless of the score line, and that was the case yesterday, as the cameras caught his angry reaction, with the forward throwing his coat to the floor and muttering out load words of frustration.

While an angry reaction to being taken off isn't the end of the world, it played into the wider context surrounding the Old Trafford dressing room, with there being claims that Cristiano is unhappy in his second spell at the club.

Shortly after Man United tripled their lead, the manager was caught on camera speaking to his superstar striker, and while no one could hear the content of that conversation, it was clear that the German was trying to calm the situation down.

Cristiano Ronaldo was absolute fuming when he was substituted by Ralf Rangnick at Brentford last night... pic.twitter.com/6dzqgum1uR

After the game, Rangnick, who has been nothing but transparent since arriving at the Theatre of Dreams, revealed what he said to the five-time Ballon d'Or winner. As per Laurie Whitwell of the Athletic, the interim boss said: "He said, 'Why me, why did you take me off?' I said I had to take the decision for the team, for the club. Maybe in a few years when he is a coach he will understand."

The former RB Leipzig manager later went into greater detail, telling BBC Sport: "I told him [Ronaldo] we were 2-0 up and we have to learn lessons from Villa Park. After that game, I was angry with myself for not changing to a back five.

"Today was exactly the same situation and I did not want to make the same mistake again. I said: 'Listen Cristiano, you are 36 and in great shape, but when you are a head coach, you will see it through the glasses of a head coach.'

"My job is to take the decisions in the best interest of the team and the club and I hope he sees it the same way."

While the former Real Madrid sensation threw his coat to the ground before sitting on a step in the dugout, Rangnick stressed that Ronaldo's reaction was "normal". However, what remains a point of concern is their performance as Man United were not the dominant side in Wednesday's victory despite the score line.

Brentford created the better chances in the first half and would have been two goals up before the break had it not been for David de Gea's heroics. Fortunately for the visitors, they boast deadly attackers who were not wasteful in front of goal. 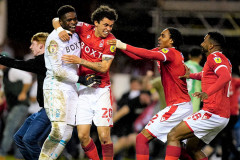 EFL Championship Playoffs final: How to watch Huddersfield vs Nottingham Forest live on May 29, 2022 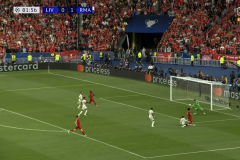 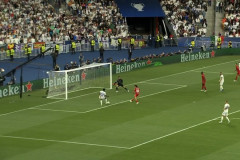 GOAL OR NOT? Vinicius scores for Real Madrid in dubious position 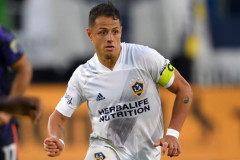 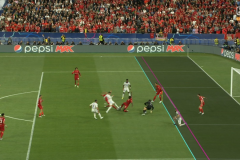 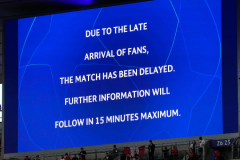 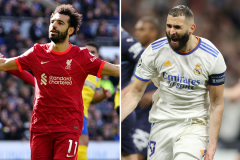 Stats: How Salah and Benzema compare this season ahead of UEFA Champions League final 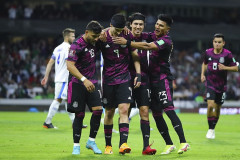 International Friendly: How to watch Mexico vs Nigeria on May 28, 2022 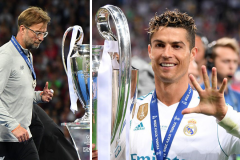 Milner reveals why Liverpool boss Klopp wore a Cristiano boxer short for 2018 UCL final vs Real Madrid
Do not share my personal information.