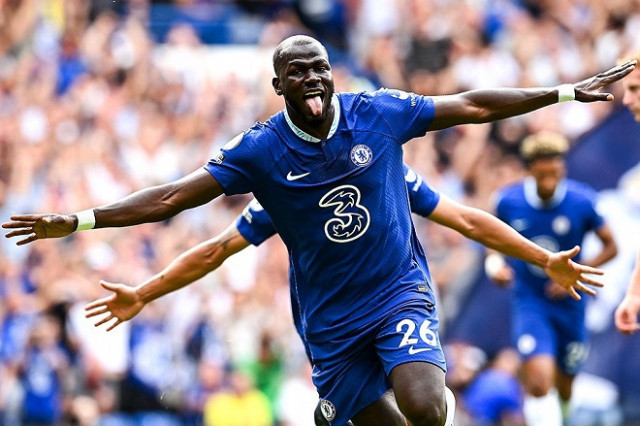 It only took Kalidou Koulibaly two Premier League games to prove his worth, and what a way he chose to do so.

Even if it is not his main duty, the center back scored a massive goal during his first game at Stamford Bridge to present his credentials to the loyal Blues fans. To make things better, his goal came against a title contender such as Tottenham.

A cross by Marc Cucurella came in handy for Koulibaly to show his goalscoring skills. The defender found the back of the net with a volley finish worthy of the world's best strikers.

Koulibaly became the first Senegalese goalscorer for Chelsea since Demba Ba. Furthermore, he joined Michael Essien as the only players in the 21st Century to score their first goal for the Blues in a match against Tottenham Hotspur. Have a look at Koulibaly's stunner here (Image might be geo-restricted).

And what a goal it was