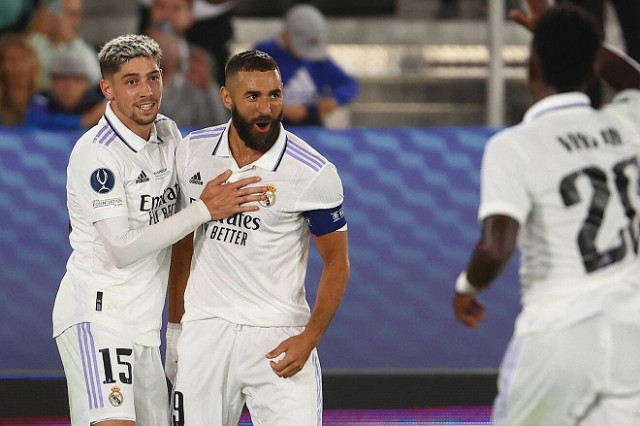 Another season will get underway in Spain for Almería and Real Madrid. It will be a special one for the hosts, as they return to La Liga after a seven-year absence, but facing the defending champions will not be an easy task for Rubi's squad.

Almería claimed their spot in La Liga by winning the 2021-22 Segunda División title thanks to their better goal difference against Valladolid. Now, it will be time to prove that things have changed for this team since the 2014-15 season, the last one in which they were able to play in the Spanish top-flight. The team seems to have the necessary tools to survive at least this season among the top teams in the country, but it will be in games such as this one where they will be required to show their best form.

Facing them will be Real Madrid, who come to this season trying to defend their 2021-22 La Liga title. It will not be an easy task for Ancelotti's men to win back-to-back titles, but he surely has the manpower to accomplish such a feat. Los Merengues are always under pressure to win more trophies, and this season will give them quite a challenge in that department judging by what other teams have hired and due to their impressive season, where they managed to win the Spanish top-flight with a thirteen-point margin over their nearest competitors.

Almería will be making their return to La Liga in high spirits, with a host of new players joining the recently promoted team after their successful 2021-22 campaign. Los Almerienses did not waste any time to add talent to their roster, and they surely found suitable footballers for their purposes, including Srdan Babic, Gui Guedes, and center-back Kaiky, who used to play for Santos FC. These players, along with Rodrigo Ely, Chumi, and Umar Sadiq are bound to become key to the team's survival chances.

On the other hand, Real Madrid have no need for an introduction. Los Blancos return to the league with the need to win it all, and with additions such as Antonio Rüdiger and Aurelien Tchouameni, the team seems fit for such a big challenge. The team parted ways with historic players such as Gareth Bale, Isco, and Marcelo during the offseason, but fans and experts believe that those absences won't matter when the time to win trophies comes.