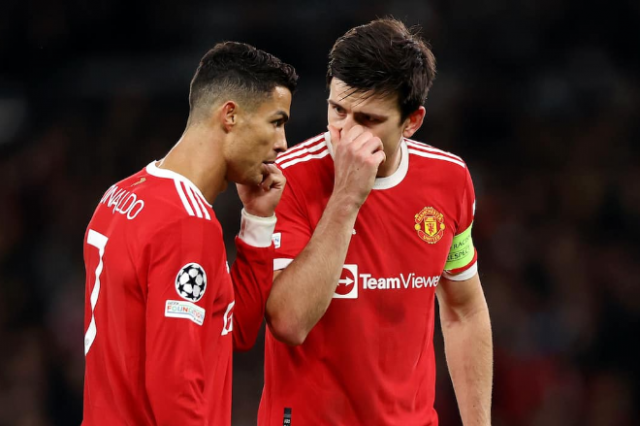 Harry Maguire is reportedly on the verge of losing his status as Manchester United captain with Erik ten Hag's era set to begin. Three players, namely Cristiano Ronaldo, Bruno Fernandes and David de Gea have been identified as the potential candidates to take over the armband from the under-fire English defender.

Maguire inherited the Manchester United captaincy in January 2020 after Ashley Young completed a quick-fire move to Inter Milan. However, it been far from a smooth spell for the former Leicester City defender who has come under immense criticisms for consistently dropping sub-par performances. Having joined the Red Devils for a world-record transfer fee for a defender, the 29-year-old has been labeled by a section of the club's fanbase as one of the Premier League's worst-ever signings.

On Monday, new boss Erik ten Hag was asked about his plans for Maguire and whether or not the former Leicester City player will continue to serve in his capacity as the club's captain. The former Ajax boss responded by backing the Englishman although he did not guarantee that he will still be the skipper next season or even feature as a starter.

"I have to repeat that next season is a different season but I think he did a great job. He's a great player, he's achieved already a lot really also [with his] contribution to Manchester United. So I'm looking forward to working with him," Ten Hag told reporters at his press conference.

Multiple reports from England have now stated that either one of Ronaldo, Fernandes or De Gea will potentially take over form Maguire. Ronaldo and De Gea have been tipped as the ideal candidates as the pair remain the last disciples of the Sir Alex Ferguson era.