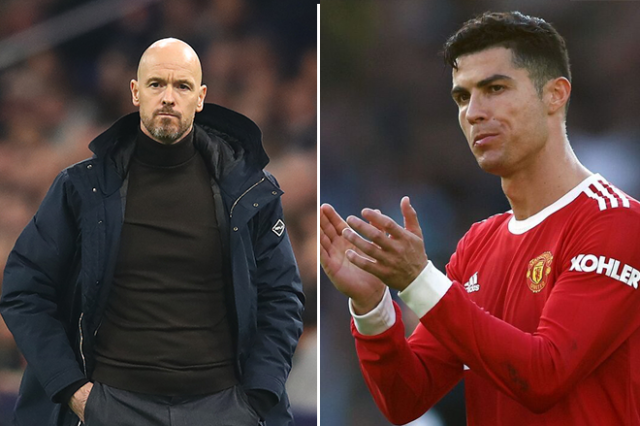 The appointment of Erik ten Hag as Manchester United's new manager has cast doubts over the future of several Old Trafford players. This includes none other than Cristiano Ronaldo, the club's top scorer and talisman figure.

Due to the Dutchman's love for possession-based football, many have speculated that the former Ajax boss will pursue a young striker this summer in order to build a team that can press from the back to front. And understandably, given that Ronaldo is 37 years old, this would be a difficult requirement for the five-time Ballon d'Or winner to fulfill.

The likes of Darwin Nunez, Victor Osimhen, and Sebastien Haller have all been linked with a Theatre of Dreams move, but given that these are merely rumors, does Ten Hag truly plan on getting rid of Ronaldo, one of the best attackers the world has ever seen?

The 52-year-old tactician has finally addressed this question, giving out an official public statement regarding Manchester United's no.7. Speaking to Mike Verweij of the Telegraaf, Ten Hag refuted all those claims, revealing that the former Real Madrid and Juventus ace is in his plans and that he intends on keeping him in Manchester.

"I want to keep Cristiano at Man United, of course. He has been very important for this club", Erik told the Dutch publication.

"Ronaldo is a giant, because of everything he has shown so far and because of how ambitious he is".

While a lot of criticism has been laid at the feet of Ronaldo, CR7 has enjoyed a lovely personal season nonetheless, scoring 18 times in the Premier League in 30 appearances while netting nearly a goal every game in the UEFA Champions (six goals in seven appearances).

However, with that out of the way, another question lingers. The Red Devils have failed to finish in the top four, meaning no UEFA Champions League football next season, and are in danger of missing out on the Europa League, leaving many to wonder if Cristiano will remain with the club or ask to leave.

The attacker gave insight, albeit a small one, in his public statement on Ten Hag's imminent arrival. In an official statement, the Portuguese icon welcomed the new manager and praised him for the job he has done at Ajax, before stating "next year, we are going to win trophies", hinting that he will be at club for the 2022/23 season.

The 20-time English champions, who are sixth in the table, have only one more game left before the 2021/22 campaign wraps up. Rangnick and Co. will take on Crystal Palace in the final round knowing they will need a win to secure a UEFA Europa League ticket as seventh-placed West Ham are only two points behind with a superior goal difference.