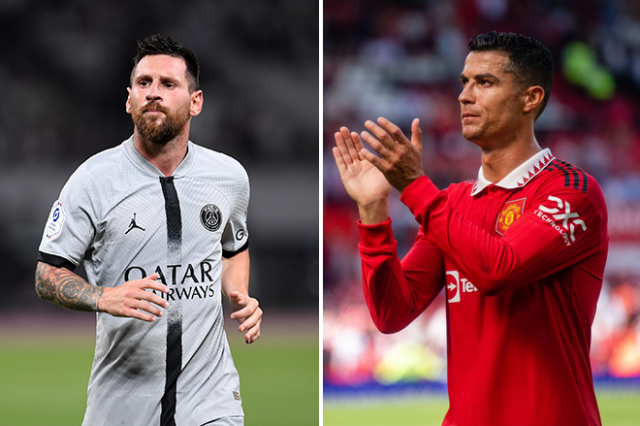 The 30-man shortlist for this year's Ballon d'Or has been revealed. It is a who's who list of the best players in world football. However, the exclusion of one superstar raised a few eyebrows.

That man is none other than Lionel Messi, the footballer who has won France Football's prestigious award the most, boasting seven golden balls to his name. While it was obvious the Argentine would not be in the running for a record-extending eighth Ballon d'Or, due to his poor debut campaign at PSG and Benzema's stellar season at Real Madrid, the decision to snub him altogether wasn't expected.

This is the first time since 2005 that La Pulga hasn't even been nominated for this gong. Meanwhile, long-term rival Cristiano Ronaldo, who is also not likely to get his hands on this year's award either, got a nod, his 18th nomination in his career (the most by any single footballer).

Not everyone agreed with this decision. While Ronaldo enjoyed a better individual campaign in 2021/22, Leo has enjoyed a better time this calendar year, outscoring and out-assisting his rival while getting his hands on three awards – Ligue 1, the Trophée des Champions, and the Finalissima. The 34-year-old's Man of the Match performance in Argentina's 3-0 win over Italy in the latter event particularly stood out this year.

As a result, France Football journalist Emmanuel Bojan came out to explain the reasoning behind this move. He revealed that the criteria for this award has changed and that the focus is no longer on the calendar year, but instead the season, thus favoring Ronaldo but not La Pulga..

"Inevitably, Lionel Messi, with his 15 appearances in a row since 2006, his seven Ballon d'Or victories, his title holder status, weighs very heavily when it comes to the final choice," Bojan told L'Equipe (as per the Mirror).

"The Argentinian was part of the discussions to integrate the 30, but the new criteria for the Ballon d'Or were unfavorable to him: disappearance of the criterion of a player's entire career, and new periodicity, modeled on a season of football and no longer over a calendar year, which does not make it possible to integrate the Copa America of July 11, 2021.

"And then, it must be admitted that his first season in Paris was very disappointing both in terms of the visual impression and the statistics."

On the topic of Ronaldo's admission to the 30-man shortlist, the France Football official had this to say: "The statistics say the opposite.

"In the Premier League, he has 18 goals including two hat-tricks. In total, 32 goals in 49 matches is not as many as in his best seasons but enough to be among the 30 best players in the world."

Messi wasn't the only huge name to miss out as PSG teammate Neymar also did not make the list. Check out the 30-man shortlist in full below.