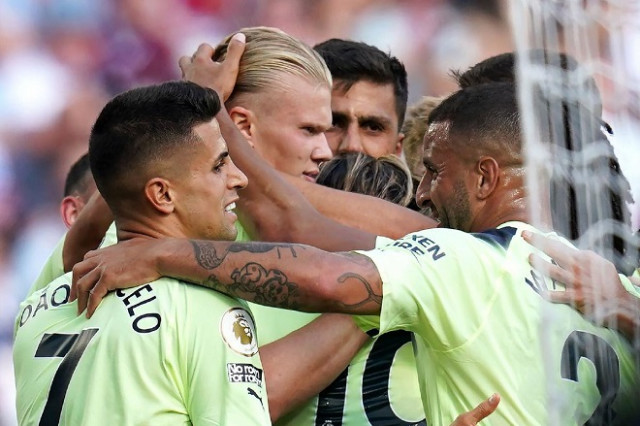 It's time for the second week of action in the Premier League to begin, and satisfaction will practically be guaranteed with the kind of games we have in our hands.

Last week left some interesting facts to discuss, such as Manchester City's near-flawless performance, Manchester United's disappointing debut under Erik Ten Hag, and Liverpool's rise from their ashes to rescue a draw against Fulham. It will be interesting to see how this week's matches shape up, but one thing is for sure: there will be no holding back among the 20 teams in this competition.

There will be quite a few relevant matches during the course of the weekend, but before we go deeper into that, let's see how things look like after one week, so you can get a better idea on which clubs will be gunning for a win and which ones will want to start a winning streak.

Man City vs Bournemouth: The defending champions got off to a good start thanks to Erling Haaland's brace, which is quite significant since the Norwegian ace's goals came away from home. Now, in his first official game at Etihad Stadium, fans will be eager to watch the goalscoring machine doing his thing at home. Facing them will be Bournemouth, who were also on the winning side of their tie against Aston Villa (2-0), but something tells us that this will be a bit harder challenge for Scott Parker's team.

Chelsea vs Tottenham: In what could arguably be the most interesting game of the weekend, the Blues and Conte's men will lock horns on Sunday eager to build up on their wins from last week. Chelsea narrowly defeated Everton away from home, while Spurs managed to become league leaders after Matchweek 1 with their 4-1 victory over Southampton. Both of these teams have a legitimate shot at being called title contenders, but this is the kind of a game where they need to show their credentials to deserve that kind of label.

Both teams have some players that could shift the tide in their favor, including Raheem Sterling or Kai Havertz (Chelsea) or Spurs' duo featuring Harry Kane and Son Heung-Min. To top it all, how about the tactical clash between Thomas Tuchel and Antonio Conte, who will return to Stamford Bridge after leading the Blues to a league title and a to an FA Cup.

Liverpool vs Crystal Palace: The Reds were not capable of winning their first game of the year, but even with that setback, Klopp's men proved their worth thanks to Darwin Núñez and Mohamed Salah, who led them to a 2-2 draw late in the game. Their clash against Crystal Palace seems right for them to win their first match of the year, but the Eagles will come into this game in need of a win after dropping three points against Arsenal in the opening match of the season.

English Premier League: Full fixtures for Matchweek 2 of the 2022-23 season