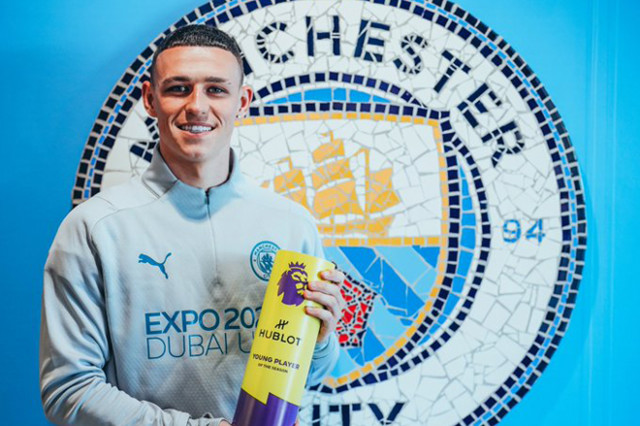 With the 2021/22 Premier League campaign nearing its end, the time for its annual end-of-season awards has arrived.

The first accolade to be officially handed out is the Young Player of the Season prize, with that award going to none other than Manchester City star Phil Foden. For the second year running, the Three Lions sensation was named the English top-flight's best-performing player aged 23 or younger.

The gifted attacker has had several great moments this season, stealing the show for the Cityzens in their 2-2 draw at Anfield against Liverpool while enjoying a brilliant second-half cameo at home to Atletico Madrid in the UEFA Champions League. However, the decision to name him as this year's recipient has not gone down well with everyone.

Not everyone believes that Phil was the worthy winner, with many pointing to the fact that both Saka and Trent were nominated for the Player of the Season award over Foden, thus hinting at a better season, yet missed out on the Young Player of the Season prize to Guardiola's diminutive ace.

Phil Foden is a great player, but seeing him being named Young Player of the Season sums up the problem with modern-day awards. A popularity contest. Nothing more, nothing less. Trent, Saka, Rice & Mount would all have been more worthy winners.

Is Phil Foden the best young talent in this league ? Yes quite comfortably imo.

Has he been the best performing young player in this league this season ? No, not a chance imo

Phil Foden winning Young Player of the Year because he's English and has good PR.

He has 14 G/As all season with only 1 of those against the Top 6. Laughable.

Nonetheless, there is no time for the Etihad Stadium player to get carried away by his win or backlash as the Cityzens are preparing for a crucial fixture in the final round of the season.  The defending champions, who boast a mere one-point lead at the top of the table, will take on Aston Villa on Sunday knowing that a victory will secure them a fourth Premier League title in five years.

However, with second-placed Liverpool breathing down their necks, Guardiola knows that any slip-up from his team could result in the title heading to Merseyside. All 10 games will kick off simultaneously, meaning the final matchweek will be a nail-biter!