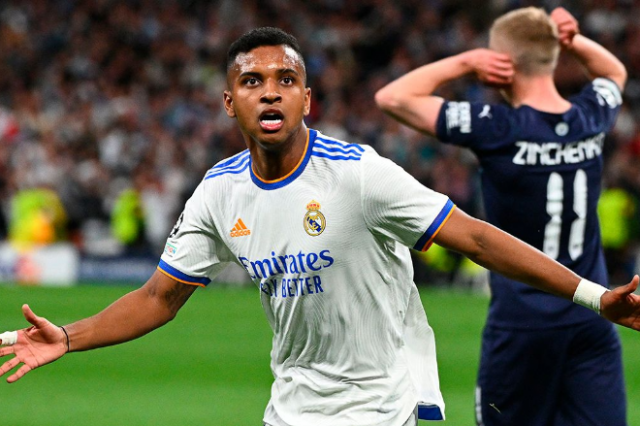 Liverpool boss Jurgen Klopp has revealed that he almost signed Real Madrid starlet Rodrygo for the club after searching 'talents from Brazil' on YouTube. However, he was dealt a blow in his pursuit after an ex-Man City man blocked the move, paving the way for the former Santos starlet to signed for Real Madrid a year later.

On Saturday, Rodrygo is expected to line up for Los Blancos when they come face-to-face with Liverpool in this season's UEFA Champions League final. In an alternative universe, the situation would be parallel if the revelation by Jurgen Klopp it to be taken in good faith.

According to the former Borussia Dortmund manager, he was eager to recruit the Brazilian attacker for Liverpool during his first season at the club after looking him up on YouTube. The exciting winger was still working in his own country at the time, but Klopp was so much impressed that he travelled to Sao Paulo personally to monitor his progress.

"When Rodrygo went to sign his first professional contract with Santos, aged 16, a Liverpool director called me saying that Klopp already knew the player, had seen the material, had already come to see Rodrygo personally," the player's agent Nick Arcuri, explained to Canal do Nicola.

"He had gone on YouTube, searched 'talents from Brazil', Rodrygo had appeared and he was very young.

"He came to Brazil and liked him. They contacted me, the Liverpool director wanted him to be his first signing, Rodrygo."

Former City midfielder Elano was working as an assistant coach for Santos in early 2017 when he learned about Liverpool's imminent low-cost acquisition.

"It was a 3m euro offer only and the talks were already at an advanced stage. It was pretty much a done deal. They had a verbal agreement but I insisted, 'We can't do this'.

"He was just 16 years old back then and, although the team had high hopes for him, it was not clear yet when he would be playing for the senior side. So I went to Rodrygo and told him, 'We will promote you soon. You have my word.'

"A little while after, I ended up taking charge as a caretaker manager and so, much sooner than expected, I could do what I had promised him. "I brought him to train with us and gave him his first minutes as a professional footballer."

With things failing to go according to plan for Liverpool, Rodrygo stayed at Santos for one more season before moving to Real Madrid in the subsequent year. He has since been an instrumental figure for Los Blancos, scoring important goals for the club in their run-in to this season's UEFA Champions League final.