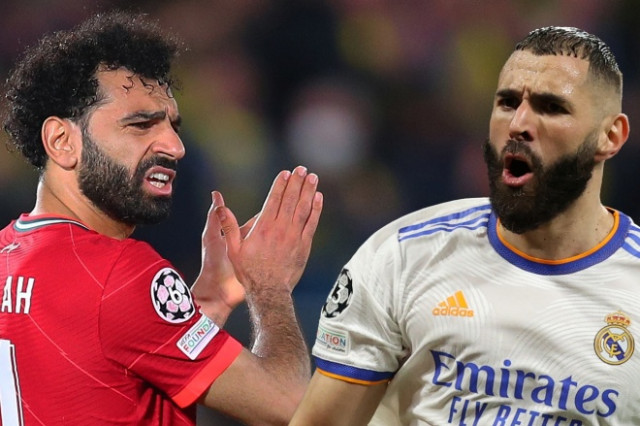 So far, we have seen the Europa League as well as the inaugural edition of the Europa Conference League come to their respective conclusions, with Frankfurt winning the former and Roma making history in the latter competition.

On Saturday, the biggest event in club football will get underway as Liverpool and Real Madrid renew acquaintances in the 2022 UEFA Champions League final.

Here is all you need to know.

It has been a highly successful season for both teams, with Liverpool winning both the EFL and FA Cups while Real Madrid clinched the La Liga title as well as the Spanish Super Cup. Although the Reds will be disappointed to see the Premier League title elude them by only the slimmest of margins, Jurgen Klopp's side will be firmly focused on winning what will be their seventh title and also getting some revenge on Real Madrid for their 3-1 defeat.

Real Madrid, for their part, are the most successful team in this competition, and with Carlo Ancelotti becoming the first manager to win a domestic title in all of Europe's "Big Five" leagues, the Italian tactician will also have his own incentives for beating Liverpool on Saturday. Ancelotti was in charge of AC Milan when the Rossoneri somehow threw away a 3-0 lead to ultimately lose to the English giants on penalties during the 2005 Champions League final.

How Liverpool got to this stage

Klopp's squad cruised through their group stages, picking up a perfect 18 points out of 18 after winning all six matches against Atletico Madrid, Porto, and Milan, who were making their return to the Champions League after eight years. Along the way, they scored 17 goals, including putting five past Porto and conceded six times, while maintaining back to back clean sheets against Atletico Madrid and Porto on matchdays four and five.

In the round of 16, Liverpool again had to face Italian opposition, with then-reigning champions Inter giving the Reds a tough battle. However, despite losing 1-0 at Anfield, a 2-0 win in the away leg at the Stadio Giuseppe Meazza was enough to give the six-time Champions League winners a spot in the quarter-finals, where they faced a surprisingly tough Benfica opponent. Again, Liverpool won on the road quite comfortably, but had to settle for a three-all draw at Anfield after the Portuguese side refused to go away with a hard fight.

Ultimately, Liverpool's superiority came though, and after a 6-4 entertaining aggregate win, it was on to face Villarreal. Many had expected Liverpool's next opponents to be Bayern Munich, but the Yellow Submarine had earned a decisive win over the Bavarian titans and were hoping to go one step further by booking their spot in the finals. Unai Emery's side put up a good fight, especially after losing the first leg 2-0, but Sadio Mane's heroic late goal ultimately tipped the scales in Liverpool's favor and thus setting up a re-match with Real Madrid four years after their 3-1 loss in 2018.

How Real Madrid got to this stage

Real Madrid had a nearly flawless group stage campaign. Save for a shock loss to Eastern European minnows Sheriff in a match that had people buzzing, Los Blancos were in control throughout. Along the way, they scored 14 times and conceded just three, but have had to work really hard to get to this juncture.

A 1-0 loss from the first leg of their round of 16 tie meeting with PSG had them on the ropes, and it seemed like Ancelotti's side were set for an early exit after Kylian Mbappe opened the scoring in Madrid. However, Karim Benzema showed why he is arguably one of the - if not the best outright - number 9's in the world with a brilliant hat-trick to dump Les Parisiens out of the competition.

Benzema was not finished, either, as he scored four of his team's five goals to end Chelsea's hopes of successfully retaining their title. This included a hat-trick at Stamford Bridge - the first a Real Madrid player has achieved this - to end his team's frustrating hoodoo against the Blues and get revenge on the London giants for their earlier loss last season.

It was on to more English opposition in the semi-finals, as Ancelotti's men took on none other than Pep Guardiola and Manchester City. Again, Real Madrid faced an uphill climb after losing the first leg 4-3 in a very entertaining seven goal thriller. Many though that it really was not possible for them to stage another comeback, but they did, with their home ground proving to bring them good luck once again. Like in the Chelsea match, the game went to extra time, where the all-time Champions League winners pulled off another brilliant performance to ultimately win that tie 6-5 on aggregate.

And now, just 90 minutes - or perhaps more - remain between either Liverpool or Real Madrid getting their hands on the coveted prize. Certainly, fans will be in for a highly entertaining match, but unfortunately, only one of these European giants will be celebrating on Saturday evening.

Liverpool: Major concern for Liverpool especially the fitness of key midfielders Fabinho and Thiago Alcantara, with both Brazilians needing to pass a late fitness test to see if they can be involved in any capacity. Fortunately, star duo Virgil van Dijk and Mohamed Salah returned to the bench for Liverpool's last match after suffering injuries during the FA Cup and will be reinstated back into the starting XI.

Real Madrid: Meanwhile, Real Madrid have been given a huge boost with the return of David Alaba, who has seemingly recovered from a muscular issue to take part in training earlier this week.

Where to watch Liverpool vs Real Madrid live on May 28, 2022

Live elsewhere? Here's where you can catch Liverpool vs Real Madrid live from your current location: