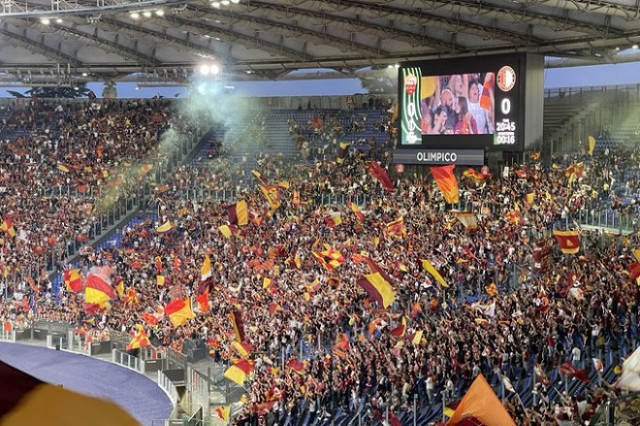 The moment when Roma won their first-ever European title will forever be drilled inside the minds of every giallorossi fan around the globe, but for those who made their way into Stadio Olímpico for tonight's match, that moment will be one for the ages.

Over 50,000 Roma fans packed their stadium to watch the game between Mourinho's club and Feyenoord, which was decided with Nicolo Zaniolo's lonely goal. Roma had not won a single trophy since the 2003-04 Coppa Italia, and the Italian side was not going to hold back when the ref blew the final whistle.

Although they were far, far away from the venue where the match was played, the loud roar that came from Roma fans after the match concluded will never be forgotten by those in attendance and by those who witnessed the moment on social media.

Have a look at the glorious moment for Roma fans at Stadio Olimpico.

The moment the full-time whistle went at the Olimpico… #ASRoma #UECL pic.twitter.com/Onhd24lmqU