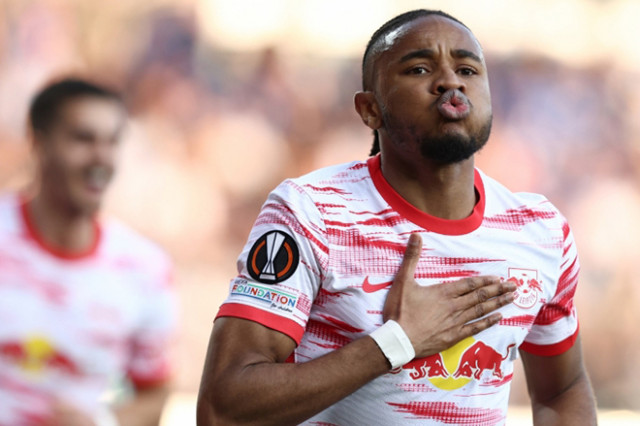 With Todd Boehly's takeover of Chelsea having finally been approved by both the Premier League and the UK government, the Blues can now move on with their plans to strengthen their squad this summer.

While much of the focus has been on defense and midfield, one area that Tuchel wishes to bolster is the attack, and for obvious reason, as none of their front men impressed during the 2021/22 campaign. As a result, the London giants have reportedly thrown their hat into the ring for one of the hottest and most highly-rated attackers in world football.

According to Goal, the FIFA Club World Cup holders are interested in bringing none other than Christopher Nkunku, named the 2021/22 Bundesliga Player of the Season after his stellar campaign in front of goal with RB Leipzig, to Stamford Bridge.

The Frenchman is currently in talks with his German employers over a new contract, which will likely contain a release clause, but Chelsea believe they can prize him away from the Red Bull Arena. They aren't the only club interested in the former PSG ace, with Real Madrid also eyeing a move after their failed attempt to sign Kylian Mbappe, but the focus of Los Blancos is on Monaco midfielder Aurelien Tchouameni.

Unfortunately, Tuchel's side will have to sell a few of their out-of-favor attackers before they can launch a bid for Nkunku. This includes the likes of Hakim Ziyech, Christian Pulisic, and Timo Werner. There was interest from Dortmund in the latter of the three but that has since cooled down, leaving the Blues with the tough task of offloading underperforming players under high wages.

Additionally, the availability of Lewandowski, who has asked to leave Bayern Munich this summer, and Neymar, who PSG are open to selling, could spark a change in the London giants' target. Nonetheless, not only is Nkunku the in-form name, but age is also on his side as the Frenchman is only 24.

In 2021/22, he netted an amazing 34 goals across all competitions, a figure that can rival several of Europe's top strikers. Additionally, the winger notched 20 assists, meaning he has 54 goal contributions in 51 appearances during the recently-ended season. As a result, many speculate that Nkunku will cost a minimum of €75M ($80M).