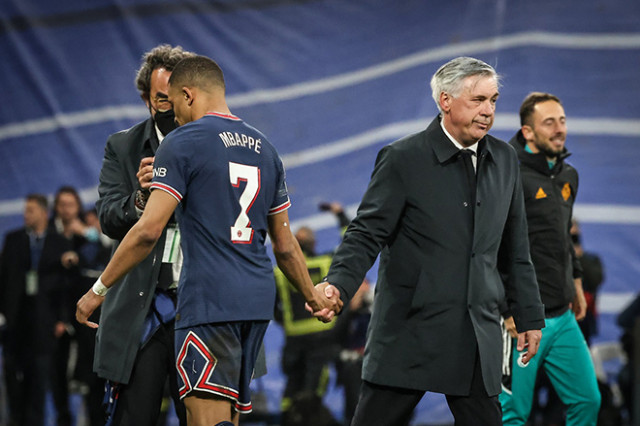 Real Madrid and their fans might be upset by the recent Kylian Mbappe debacle, but the club's higher-ups remain focused on the summer transfer window as the Spanish giants are preparing to shift their focus towards a highly-rated midfielder after missing out on the PSG superstar.

To no one's surprise, that player is Aurelien Tchouameni, the brilliant Monaco player seen as the next big midfield prospect by many. Interest from Los Blancos in the Frenchman is nothing new. However, their pursuit of the 22-year-old was put on hold in favor of Mbappe, but with Kylian deciding to remain at PSG, the Liga champions are now ready to re-enter to race for the aforementioned starlet.

This is according to a report by Marca, which claims that the groundwork for a Tchouameni deal has been set in place. While the Merengues never made a bid to Monaco, the UEFA Champions League finalists are keen on adding quality cover for – and a potential successor to – Casemiro.

Contact was made with Tchouameni a while back and discussions went well, but since pausing their pursuit, Liverpool have heavily entered the fray, thus changing the situation.

Other Premier League clubs are also interested in the Frenchman while PSG are also said to be keen, but Marca report that the Ligue 1 champions are not a likely candidate as the player prefers a move abroad.

Aurelien has not yet made a decision regarding his future but one huge factor in this equation will be the opportunity of playing time. With the 2022 FIFA World Cup fast approaching, the midfielder wants as many minutes in the starting eleven as possible so as to remain in Didier Deschamps' plans for Qatar.

The midfielder has asked his Monaco teammates whether he would get minutes in an Ancelotti midfield consisting of Toni Kroos, Luka Modric, and Casemiro, who despite their age, continue to perform at a world-class level. The response from his comrades at the Stade Louis II has been mixed.

Nonetheless, Eduardo Camavinga, who made the move from Ligue 1 to the Santiago Bernabeu last summer, is an interesting case study. While the former Rennes sensation has made 38 appearances this season, only 15 of those were starts. Nonetheless, the 1,665 minutes afforded to him by Ancelotti were enough to leave a mark as the fellow Frenchman played a key role in all of Real Madrid's three UEFA Champions League comeback wins in the knockout stage. Additionally, at Liverpool, Tchouameni would have Fabinho to contend with, meaning this should be another interesting transfer saga involving the 13-time champions of Europe.

Interestingly enough, Los Blancos and the Merseyside giants will face off in the UEFA Champions League final this Saturday as both sides attempt to cap off what has been an impressive season. Once that clash wraps up, the two European powerhouses look set to continue their battle in the summer transfer window.