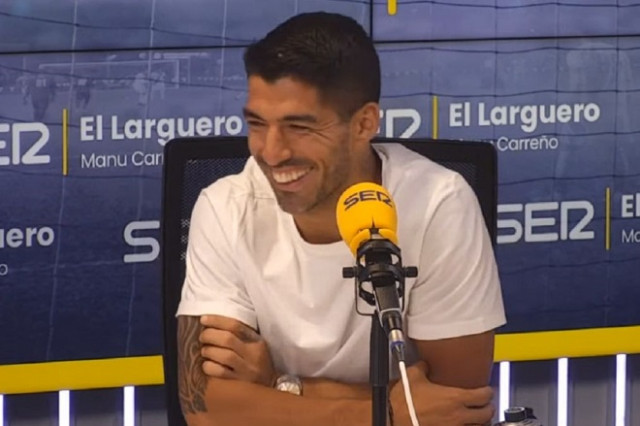 One of the major doubts that have emerged with the end of the 2021-22 season in La Liga is where veteran striker Luis Suárez will be playing next season, and judging by his words in the Spanish radio show El Larguero, he is not ready to make a choice despite the many options that have made it to his table.

The footballer admitted that offers from many countries have made it to his agent's desk, but even if he has chosen not to turn down any of them, he seems to have one particular goal in mind: getting to the FIFA World Cup in the best possible form.

"I haven't decided yet. I swear I haven't. There are many proposals, a lot of phone calls. I will listen to all of them and I won't shut down any of those,"Suárez said.

"I still have not made up my mind, it's just not in my head. I am not thinking about money but on how competitive the league will be, because I want to get in shape to the FIFA World Cup, and that would mean playing in Europe," Suárez added.

One of the offers that made its way to Suárez's agents was one of Liga MX side América, along with alternatives from other American countries.

"I got a lot of phone calls. Some from Brazil, Argentina, the United States, Mexico...but right now all I am thinking of is to see the kids finish off school and then make the best possible decision. I will try to make the right choice so I can play the World Cup in top form," Suárez stated.

The player went on to talk about his exit from Atlético Madrid, surprisingly stating that no one from the club, not even Diego Simeone, told him he was not going to continue playing for the club.

"Rafa Alique (the team's communications director) told me one day before the farewell match. He told me they were going to let the people say goodbye to me. I did not know anything. I'm 35 and I thought it would happen, so I was already thinking about my future. We got together in November and we agreed to speak until February of this year, but when Alique told me this the day before the tribute I realized how things were going to go down. After that, I did not have any words with either (Andrea) Berta, Miguel Ángel Gil, or Simeone,"the striker revealed.

When the interview was coming to an end, the player was asked to share his views on the upcoming UEFA Champions League final between Real Madrid and Liverpool. To make it perfectly clear, Súarez dropped a hint on who he wants to win the coveted title.

"I am a Barcelona fan and I am a Liverpool fan. I'm a fan of all teams where I have played, but as a football fan, if Real Madrid wins it's ok. I would prefer to see Liverpool winning it, though," Suárez concluded.