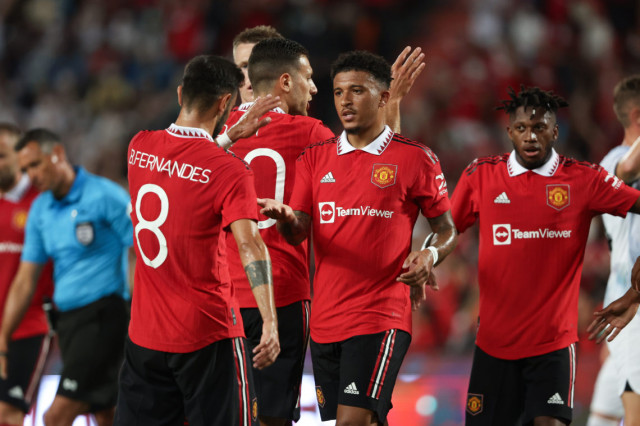 The Erik ten Hag era will officially kickstart at Old Trafford when Manchester United host Briighton & Hove Albion on Sunday. The Red Devils will be aiming to begin the 20222-23 Premier League campaign on a winning note at Old Trafford this weekend with their new boss set to marshall his side on for his first competitive game since his appointment.

As Ten Hag rightly pointed out in his pre-match presser, last season's woes are better left on the shelf, with United looking to forge a future worthy of their pedigree. The most-decorated Premier League club had an abysmal spell, missing out on Champions League qualification by finishing in sixth place. Having done so by registering their lowest-ever points tally in the premiership was also quite telling.

Under the tutelage of a new boss, the Old Trafford outfit is poised to make a difference this term. While pre-season action is barely indicative of what is to come in the actual campaign, the Reds impressed in the friendlies they featured in during the period. Before going on a three-game winless run against Aston Villa, Atletico Madrid and Rayo Vallecano, they managed wins over Liverpool, Melbourne Victory and Crystal Palace.

In the Premier League, Manchester United will be hoping for an improvement this term, having picked up just three wins from the last 10 games they featured in the 2021-2022 edition. Against Brighton, the Red Devils have a mandate on their hands to avenge last season's humiliating 4-0 defeat at the Amex Stadium despite the visitors  usually proving to be a handful.

Graham Potter's side was by far the better side when the pair met in the penultimate fixture of last season and who hope to draw inspiration from that performance going into this encounter. They managed an impressive ninth place finish, picking up 51 points after 38 matchdays.

Ahead of their season opener, the Seagulls held their own and managed good results in the pre-season. They go into Sunday's big game on the back of winning three of their five friendlies, drawing one and losing against Brentford.

Manchester United will be without Anthony Martial (hamstring), Facundo Pellistri (ankle) and Brandon Williams (unspecified) for Sunday's meeting with Brighton. For Brighton, Jakub Moder is the only player sidelined and set to miss the upcoming trip to Old Trafford although they would have to find a quick replace for Marc Cucurella following his record-sale to Chelsea.