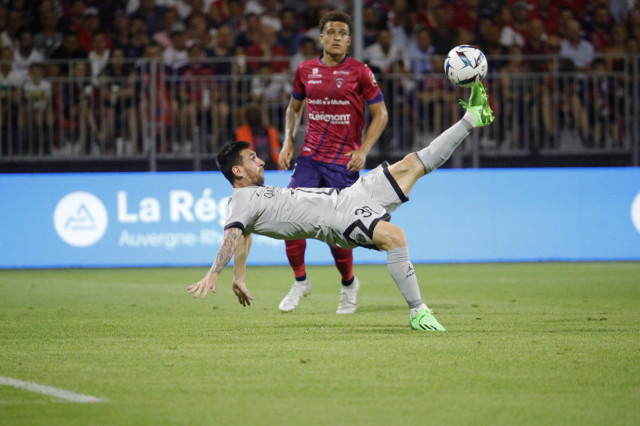 Lionel Messi inspired Paris Saint-Germain to kickstart their season on a high note by securing a statement win against Clermont Foot on Saturday. The 35-year-old Argentine and Neymar Jr put on a masterful show to guide the Ligue 1 title holders to a 5-0 win, with the former scoring a sublime acrobatic goal to draw plaudits from all over.

In the absence of Kylian Mbappe, PSG did not have much to worry about with Lionel Messi and Neymar on the field, and the pair did more than enough to guide their side to victory. Before combining to score two of the five goals of the night, it was Neymar who got PSG's first goal of the 2022-23 season inside the first 10 minutes.

Shortly after, Achraf Hakimi got on the end of a cross-field pass from Neymar and smashed the ball into the top right-hand corner from 10 yards. Marquinhos subsequently made it three goals in 40 minutes with another header before the game paused for half-time.

Unlike the first half, the goals in the second half was saved for a latter period. Still, Lionel Messi was able to hit a brace, putting the game out of reach for Clermont. He smashed home his first goal by waiting for a cutback pass from Neymar Jr in the 80th minute before putting the ball past goalkeeper Morry Diaw. Shortly after, the former Barcelona talisman had his run picked by a pass from Leandro Paredes and, with his back against the goal, brilliantly controlled the ball with his chest before finishing it off acrobatically.

With Christopher Gaitler off to a flying start, fans will hope that the club will build on the result. The Parisians will resume their league campaign next Saturday when they welcome Montpellier to Parc des Princes.