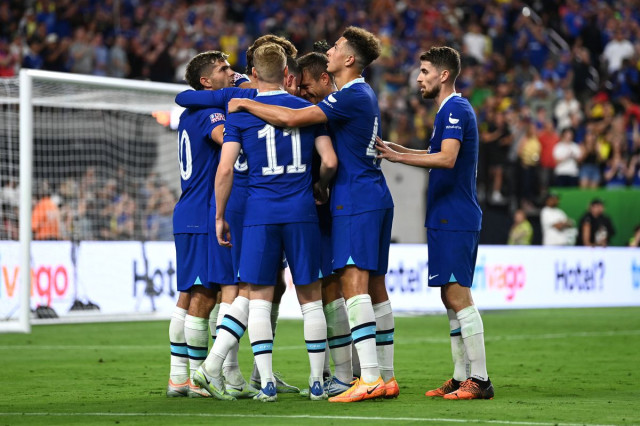 Frank Lampard will go up against his former side as Everton play Chelsea at Goodison Park in their first game of the Premier League season on Saturday night. The former Blues skipper was appointed Everton boss last season after vacating his post in the dugout at Stamford Bridge and kicks off the season after narrowly avoided relegation.

Crucial in their quest to surviving was that 1-0 home win against Thomas Tuchel's men at the latter part of last season and the Toffees will hope to draw inspiration from that performance and result to make a statement. They go into the weekend's encounter having finished 16th in the premiership last season on 39 points, boasting a record of 11 wins, six draws and 21 defeats from 38 matches.

With a clean slate in their hand, Everton will hope for a better finish this time around although the result they managed in the pre-season suggests that there is still some work to be done. In the four games they featured in, Frank Lampard's men were defeated by Arsenal and Minnesota United before picking up wins against Blackpool and Dynamo Kyiv.

For Chelsea, the mandate will be to get close to the Premier League title as much as possible. Despite their off-the-field troubles regarding their ownership, the Blues managed to finish third in the Premier League last season, securing a spot in the Champions League this term. The club is currently undergoing a reconstruction, having seen several departures this summer, while welcoming new faces to fill the vacant positions. With 'A-list' players such as Raheem Sterling and Kalidou Koulibaly, coupled with the arrival of Marc Cucurella, and the recruitment of young prospects in the person of Carney Chukwuemeka and Gabriel Slonina coming into the side, the feeling of good times returning to Stamford Bridge is subtly justified.

Chelsea will approach this weekend's game on the back of a 3-1 victory against Udinese in a pre-season friendly. Prior to the win, the Blues had picked up successive defeats against Arsenal and Charlotte FC in their tour of the United States.