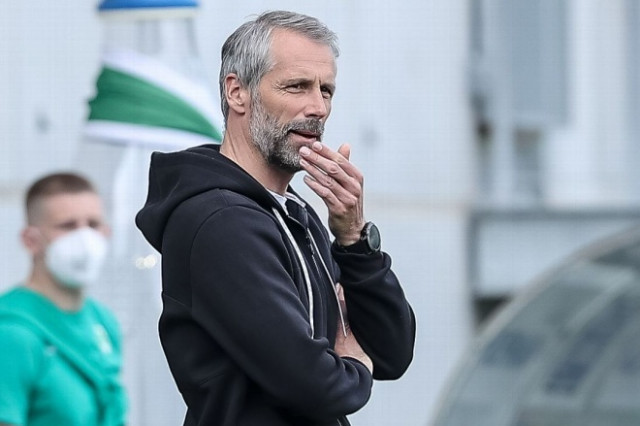 When Dortmund announced the signing of Marco Rose from Borussia Moenchengladbach last July, there were probably quite a few fans looking forward to some much needed change. Interim manager Edin Terzic had successfully clinched the DFB-Pokal to salvage Dortmund's season following Lucien Favre's sacking, so there were high hopes that Rose, who had a solid record from his time with Gladbach and Austrian side Red Bull Salzburg, could help steer die Schwarzgelben back on track.

However, less than a year into his tenure, Dortmund have decided to part ways with the 45-year-old tactician after they failed to win a single trophy this season. In addition, they will have to face the upcoming campaign sans one of their key players after Erling Haaland, as many expected, secured a big money move to Manchester City.

Bayern, as has been the case for seemingly forever, waltzed away with the Bundesliga title, meaning that Dortmund had to again settle for a runners-up spot. They were also beaten by die Roten in the DFL-Supercup at the start of the season, while they were dumped out of the Champions League at the group stages. Any hopes of trying their luck in the Europa League were quickly dashed, as Scottish side Rangers managed to beat them 6-4 on aggregate, including handing die Schwarzgelben a rather embarrassing 4-2 defeat at Signal Iduna Park.

The DFB-Pokal brought them no luck, either, as they were defeated 2-1 by lower-tier side St. Pauli in the round of 16, so all in all, it has been a truly disappointing 2021/22 campaign for Dortmund on all fronts.

Now, die Schwarzgelben will have to begin a new campaign without one of their key players and a new tactician on the bench - and many will be quite curious to see what new personnel arrive this summer.