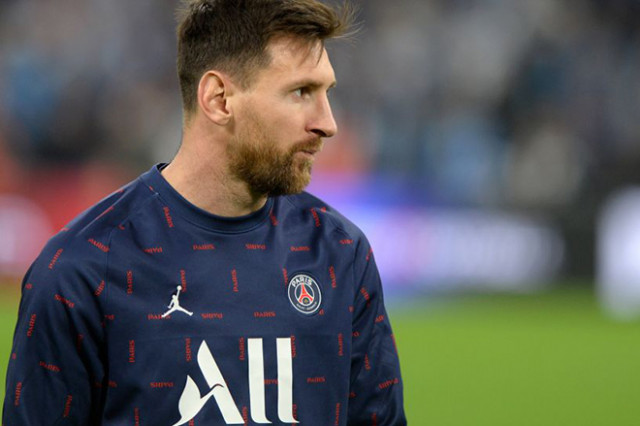 Despite only being in his first season at PSG, Lionel Messi is already being linked with a move back to Barcelona!

In fact, the Argentine superstar's father Jorge Messi, who is also the player's agent, hinted at a return to the Spanish giants less than a year after La Pulga's heartbreaking exit from the club.

The seven-time Ballon d'Or winner's contract had run out at the Camp Nou last summer, but despite agreeing new terms on significantly lower wages, the Blaugrana were unable to register the 34-year-old due to La Liga's financial fair play and thus the club were forced to release the iconic attacker.

However, life in Paris has not gone according to plan. While the French giants won the Ligue 1 title, Pochettino's men failed to lift the Coupe de France and, more importantly, Les Parisiens crashed out of the UEFA Champions League in embarrassing fashion against Real Madrid in the round of 16.

While Leo scored five in seven outings in Europe, the Argentine grabbed only six goals in 25 appearances in the French top-flight, totaling to 11 goals in 33 matches. The diminutive forward has also been booed at the Parc des Princes, hence the perception that he is not enjoying his time in Paris.

With that in mind, his father's recent words were interesting to hear for anyone dying to see Leo back at the Camp Nou. A Spanish Twitch channel named Jijantes FC managed to catch Jorge Messi as he arrived in Barcelona, with his father openly admitting that he wishes to see his son and client return to Catalonia.

"I hope Leo can return to Barcelona one day," were Jorge's words.

However, it remains unclear whether Messi himself wishes to return this summer. Some reports suggest that despite his disappointing debut campaign, the Barcelona icon remains committed to PSG and is keen on achieving something at the club before the end of his contract, with even his father stating in the above clip that he will remain in France this summer.

Additionally, whether Xavi's side can even afford to bring back their former no.10 remains unclear. The fact that Frenkie de Jong is being linked with a mega-money sale in order to raise funds for the summer suggests that it's unlikely.