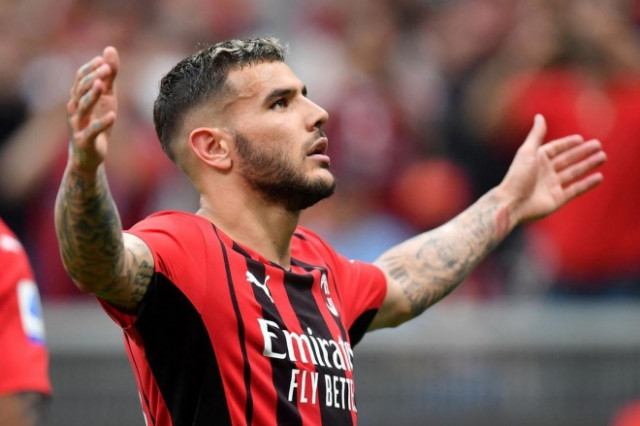 More important, has Theo Hernandez done enough to secure the Scudetto for Milan?

The latter question certainly will be on the minds of many Rossoneri fans around the world as they all hope that Milan will finally end their 11-year wait to get their hands on the Serie A title.

On Sunday, the Diavolo hosted Atalanta, a team who've caused their fair share of concerns for Milan, especially at the Stadio San Siro.

In fact, prior to Sunday's well-deserved 2-0 win, La Dea had managed to string together a seven match unbeaten streak at Milan's home ground dating back to January 2014, while keeping five clean sheets along the way.

And it was very clear that Gian Piero Gasperini's side were determined to do the same as the first half ended scoreless at the break.

However, Milan were soon able to crank things up a notch, with Rafael Leao opening proceedings before Theo Hernandez popped up with the game winner late in the second half.

It's certainly the best goal the French international has scored of his career and one that he'll remember for a long time, but is this the goal that decided the Scudetto race?

Have a look at Theo Hernandez's brilliant goal that potentially could have sealed the Serie A title for Milan:

This Theo Hernández fella is unreal!

Is that the goal that seals the title? pic.twitter.com/z6MsbhrSsO

*Be advised that this video may not be available in your location, depending on where you're based*

Milan currently sit in first, but aren't home free just yet as Inter battled to a hard-fought 3-1 win over Cagliari later on Sunday evening. That means that the Rossoneri need to beat Sassuolo - a team that will certainly be doing their very best to throw a wrench into things - as Inter will be playing their final match of the season against struggling Sampdoria this Sunday and look the heavy favorites to come out on top.