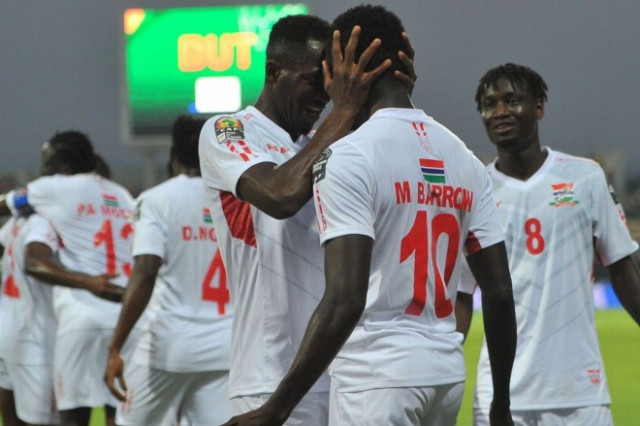 One great thing about international tournaments is that it gives smaller teams a chance to shine. And at this winter's AFCON tournament, Gambia have certainly stolen the show. Despite this being their first ever appearance in this competition, the Scorpions have shown they have plenty of sting in their tails.

Gambia were placed in Group F alongside Mali, Tunisia, and Mauritania. Many expected them to struggle, with Mali and Tunisia marked as the serious contenders to qualify for the round of 16. However, not only did Gambia successfully navigate their way through, but also they did so without losing a match, picking up two wins and a draw to head into the round of 16 as group runners up behind Mali.

Key to their success has been 23-year-old midfielder Musa Barrow, who plays his club football for Serie A side Bologna. Barrow's goal helped the Scorpions secure a hard-fought one-all draw against Mali, and his second goal has helped them to make history.

Next up for Gambia will be a clash against African powerhouse Cameroon. On paper, the tournament hosts are the heavy favorites, but they did struggle to secure a 2-1 win over another debutant side: Comoros. Will Gambia's Cinderella tale write another chapter? Given how things have gone so far at the 2021 AFCON tournament, certainly it's not out of the realm of possibility.