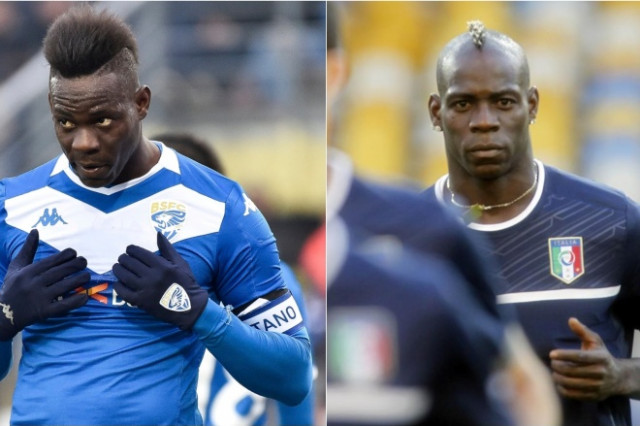 Having burst onto the scene as a promising young footballer with Inter Milan, Mario Balotelli has garnered more headlines for his antics off the pitch rather than his exploits on it.

The now 31-year-old is currently playing his club football for Turkish outfit Adana Demirspor, where he's been since 2021. Prior to this, he had a nomadic existence; indeed, since leaving Inter in 2010, he's played for six clubs across England, France, and Italy (Manchester City, Liverpool, Marseille, Nice, AC Milan, Brescia, and Monza).

Given that he spent time playing in Italy's lower tiers, coupled with his troubles off the pitch, it's no surprise that Balotelli has been not called up to play for the Azzurri. The last major tournament he featured in was at the 2014 World Cup, when Cesare Prandelli was on the tactician's bench; he didn't make Antonio Conte's final 23 man squad for EURO 2016.

In 2018, with Roberto Mancini now in charge, Balotelli did receive his first call-up, during a friendly clash against Saudi Arabia, but didn't make the team for Italy's EURO 2020-winning tournament.

Italy will have to fight their way through a potentially tricky playoff, so it's not surprising that Mancini is looking at all resources available to boost their chances for the Azzurri successfully navigating their way through it and booking a spot at this year's World Cup.

Meanwhile, Balotelli showed his delight at the call-up by reacting via his Instagram account, and the player will hope that this could be the break he's been waiting for quite some time.