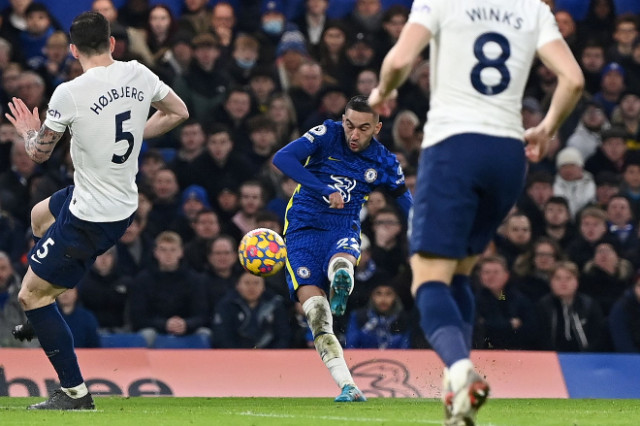 The latest round of Premier League matches gave fans a lot to talk about as things are getting more interesting at bottom halves of the table. League leaders Manchester City were dealt a massive disappointment in their attempts to breakaway from the rest of the pack after sharing spoils in a 1-1 draw with Southampton on Saturday. Elsewhere, Arsenal failed to put their four-game unbeaten run behind them by picking up yet another when Burnley came to town on Sunday.

However, title-chasers Liverpool and Chelsea enjoyed contrasting fortunes with both clubs picking up wins against Crystal Palace and Tottenham Hotspur respectively. In the case Jurgen Klopp's men, a controversial late penalty decision awarded after a VAR review, ruined an impressive fightback for the Eagles. At Old Trafford, Manchester United managed a statement win to climb into top-four after Marcus Rashford scored a game-winner from the last attack in their clash with West Ham United.

Who are the English Premier League's top five teams?

Official: Watford sack Claudio Ranieri - Watford have fired Claudio Ranieri less than four months after entrusting him with keeping the Hornets in the Premier League. Ranieri was appointed after Xisco Muoz was fired in October, but he has failed to make an impression, winning only seven points in his 13 league games in charge. Watford, who have slid to 19th after losing 3-0 at home to Norwich City last Friday, are on the lookout for their third manager of the season.

Chelsea hits Premier League milestone with Spurs win - Chelsea have earned 501 points from their 272 London derby matches in the Premier League, making them the first side to reach 500 points in such fixtures in the history of the competition. Meanwhile, Thiago Silva's (37y 123d) goal in the win over Tottenham made him the second oldest player to score in the Premier League game after 39-year-old Ryan Giggs netted against Queens Park Rangers for Manchester United.

Liverpool equal club record after Palace win - Liverpool have been victorious in each of their last 10 Premier League games against Crystal Palace, a run which started in August 2017. It equals their longest ever winning run against a specific side in the competition - 10 vs Bolton (2007-2011) and Wolves (2011 - present).

Transfer: Anthony Martial close to Sevilla loan move after agreeing wage cut - Anthony Martial is reportedly moving closer to joining Sevilla on loan from Manchester United after agreeing to cut his wages. The French forward has started just two Premier League games this season and has made it clear that he wants to leave Old Trafford.

Catch all the action in the next round by checking out our comprehensive Premier League matchpage.