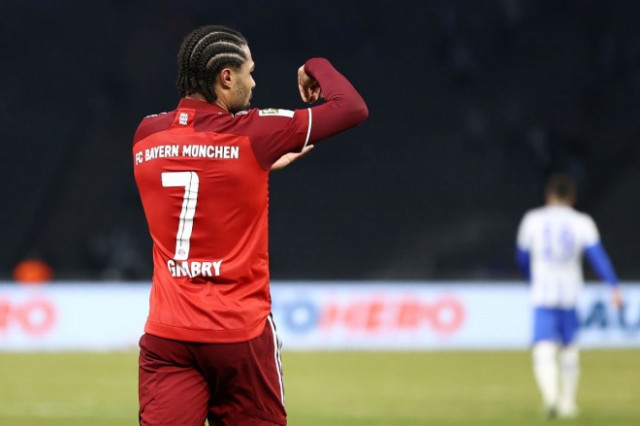 Goals and goals galore were the order of the weekend on matchday 20 of the Bundesliga. This saw some players hit personal milestones, but also meant more misery for one team who has plummeted down the table at an alarming rate.

Here's what happened in the Bundesliga this past weekend.

Bundesliga rankings as of January 24th

Here's how the top five looks after the latest round of matches. 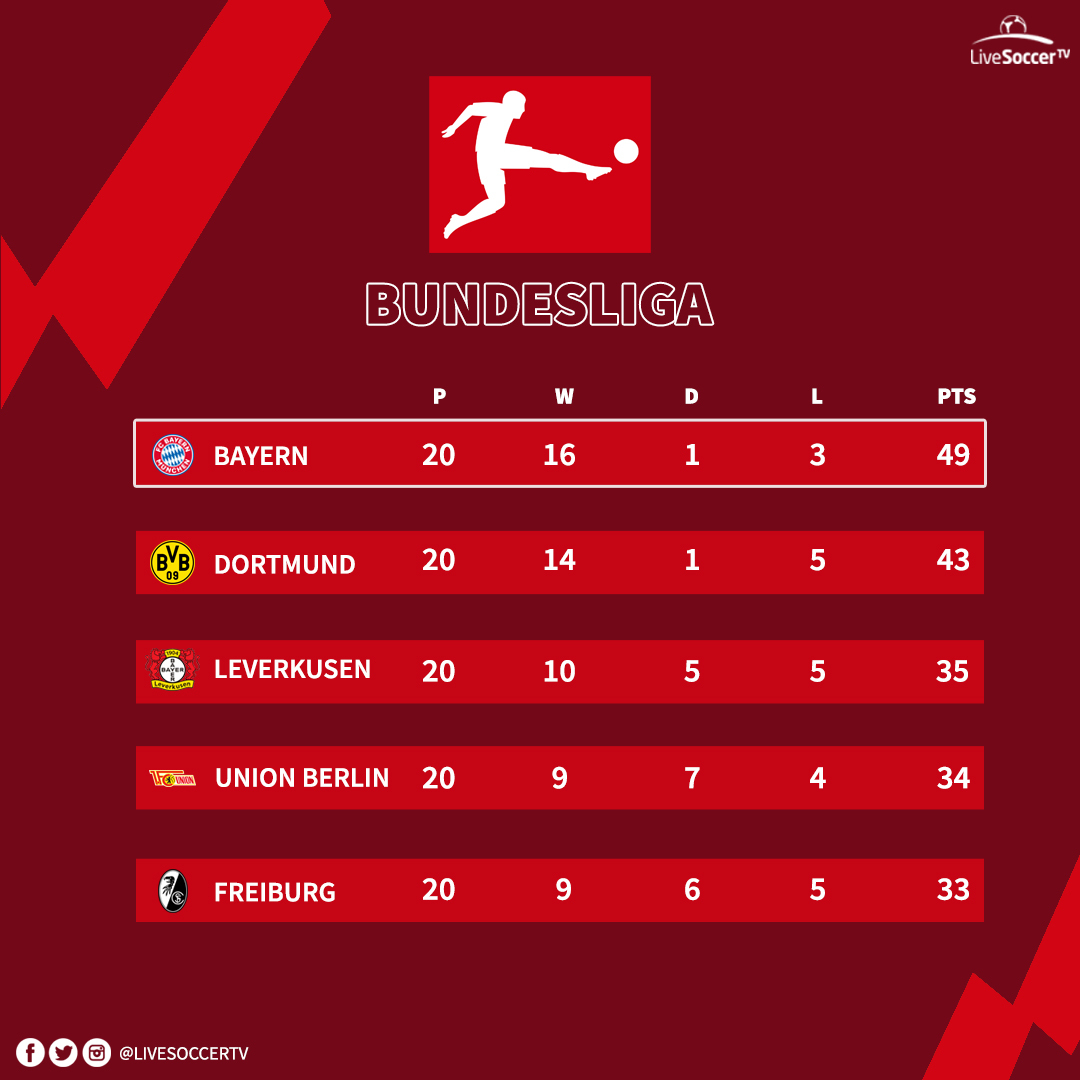 Who are the top three goalscorers in the Bundesliga?

Here's how the Torjägerkanone race is shaping up after 20 rounds: 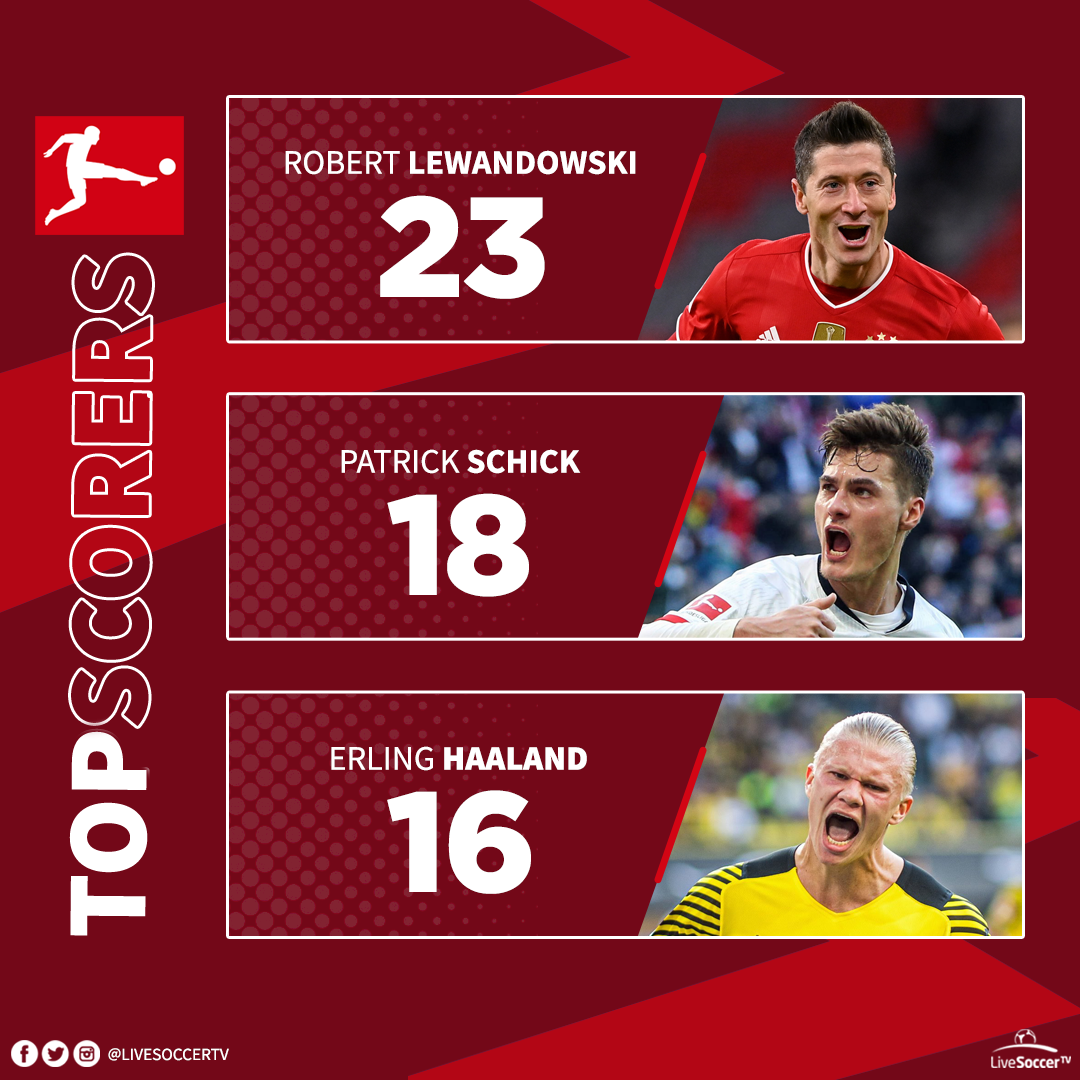 Gnabry achieves personal milestone: While Robert Lewandowski has been grabbing most of the headlines at Bayern for the past few seasons - and no wonder, given his impressive goal-scoring exploits - there are plenty of other players who have been enjoying quite a bit of success in front of goal. One of these players is none other than Serge Gnabry, who was on target as Bayern cruised to a 4-1 win over Hertha Berlin. Gnabry has now scored ten goals - only bettered by Lewandowski's eye-popping total of 23 - and more important, has hit double figures for the sixth straight season. Only Lewandowski has managed to achieve this feat.

Greuther Furth FINALLY get a break: The struggling side won their second game of the season last weekend, beating Mainz 2-1. That result came after three straight draws, but they still have a lot of work to do, as they are nine points from 16th spot, which would give them a chance at remaining in the top flight if they can get through a play-off, and 11 from safety.

What's gone wrong for Wolfsburg? It seems like a lifetime ago that Wolfsburg were on top of the Bundesliga table. Now things just keep on getting worse. The team sacked Mark van Bommel in a bid to revive their fortunes, but to no avail. Currently in 15th spot, Wolfsburg are just three points away from the drop zone, have picked up just one point from their last five games and in fact, haven't won a league fixture since November 6th, when they beat Augsburg 1-0.

Bayern set a new record: It's not surprising that Bayern have set yet another record, especially considering how die Roten have dominated the Bundesliga landscape for pretty much the entire of the last decade. In putting four past Hertha Berlin, they've now scored in 67 consecutive matches, and on a personal level, means that Julian Naglesmann has never lost to Hertha Berlin in 13 meetings.

Augsburg vs Union Berlin: Union Berlin continue to impress, and they've now put themselves in contention for a Champions League football spot. Third place is even within their grasp, provided they can beat Augsburg and Bayer Leverkusen don't defeat Borussia Dortmund in a much anticipated clash.

Bayern Munich vs RB Leipzig: A reunion will be on the cards again as Naglesmann welcomes his former side to the Allianz Arena. Things have been quite bumpy for die Roten Bullen this season, who parted ways with American tactician Jesse Marsch last year, but have now seen a big improvement as they'll come into this contest having won their last three league games on the trot.

Borussia Dortmund vs Bayer Leverkusen: A top four clash is in store as Dortmund welcome Leverkusen. Bayern now have a six point gap on top of the table, but die Schwarzgelben still haven't given up hope of catching them. While that's highly unlikely, they'll still want to make sure they can consolidate second spot and keep Leverkusen at bay when the two sides lock horns this weekend. Will Moussa Diaby, fresh off his first ever hat-trick last weekend cause problems for the hosts at Signal Iduna Park?

Wolfsburg vs Greuther Fürth: At the start of the season, not many could've foreseen that Wolfsburg would plummet from leading the table to barely avoiding the drop. But flash-forward to January, and here we are. They haven't won a game since November, and have picked up just one point from their last five games. Meanwhile, Greuther Furth recently won their second game and while they're still quite a ways away from safety, the visitors will have a glimmer of hope at getting something out of this match considering Wolfsburg's horrible form over the last two months.

Make sure you don't miss out on these key games and stay on top of all the action by checking out our bespoke Bundesliga matchpage.