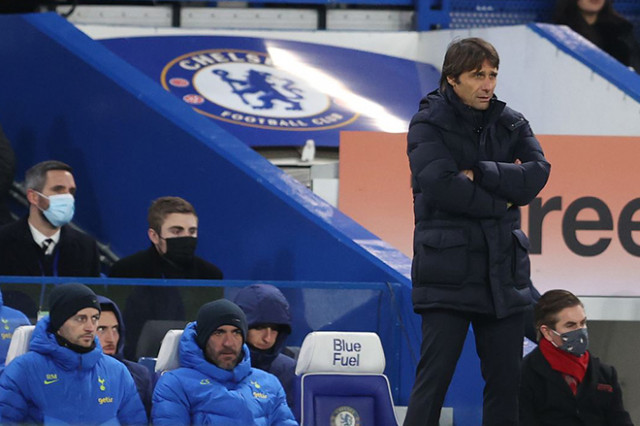 On Sunday, Tottenham were beaten by Chelsea for the third time in as many weeks, with the north London giants' need for reinforcements being displayed for all to see once again.

Antonio Conte, who suffered his first Premier League defeat since arriving at Spurs in that 2-0 loss at Stamford Bridge, has not shied away from that topic. In all three encounters with Tuchel's side, the Italian boss stressed the need for signings, with a new midfielder being on the head coach's wish list.

Unfortunately, Tottenham have been handed a huge blow in their pursuit of a key target. That man is none other than Franck Kessie, the highly-rated AC Milan midfielder who is soon to be a free agent.

The Ivorian, who is currently away on international duty with the Elephants at the 2021 Africa Cup of Nations, has been attracting suitors from all across Europe. PSG have been heavily linked with the former Atalanta man, but it is Spurs who are keen on pulling off a deal this month.

The 25-year-old's deal at the San Siro expires this summer and while he has turned down all extension offers from the Serie A giants, he has no plan of leaving before his deal ends. While the Rossoneri are keen on keeping the player, the Italian giants had reportedly reached an agreement with Spurs for a January move, but the player's desire is to honor his contract and to see out his team's ongoing title push, with Pioli's men currently sitting in second.

Bringing the Scudetto to Milan for the first time since 2010/11 would be a dream. As a result, Calciomercato.com claim the Ivorian has rejected a move to north London. This means the player will follow in the footstep of Donnarumma and become the latest il Diavolo ace to leave San Siro for nothing.

This will not go down well with Conte, who is tasked with finishing in the top four in the Premier League this season. Kessie, however, isn't their only target as Spurs look to lure Wolves' Adama Traore to the English capital as well. As per transfer expert Fabrizio Romano, the club are confident of reaching an agreement with the West Midlands club as Daniel Levy looks to strengthen the squad amid the heated race for UEFA Champions League football.

Tottenham are prepared to push on Adama Traoré deal starting from today. Talks will re-start with Wolves to enter into final details & reach the agreement. Club confident to complete the new signing. #THFC

No talks to include Gini Wijnaldum into Ndombele loan deal as of now.