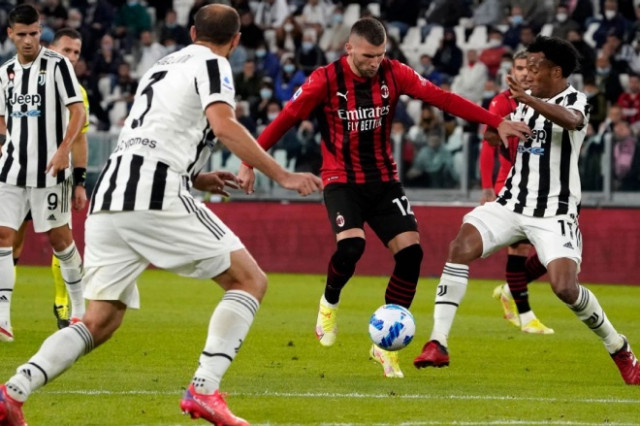 Last round saw some surprise results, namely Milan suffering a controversial loss to Spezia while their cross town rivals Inter were held to a very frustrating stalemate with a dogged Atalanta side. Meanwhile, Napoli, who were once on top of the table, are still trying to dislodge the Rossoneri and the Nerazzurri, while Juventus look to break into the top four after a difficult start but could face a stern test in their upcoming clash.

Here's all you need to know ahead of matchday 23.

Serie A standings ahead of matchday 23

Here's how the table looks ahead of the next round of games.

Serie A games you won't want to miss on matchday 23

Inter vs Venezia: After being held to a frustrating scoreless draw with a stubbornly defensive Atalanta, who arguably will be very happy they pulled a point from that match, Inter will look to get back to winning ways as they take on a Venezia side who are just hovering above the drop zone. With Venezia facing a rapid rise in COVID-19 cases in their squad - with the number rising to 15 at last count - the match could ultimately be postponed.

Napoli vs Salertinana: Napoli have quite a bit of lost ground to make up as they sit in third spot, four points behind league leaders Inter and two behind AC Milan. However, the Nerazzurri may see their game postponed if Venezia's COVID-19 situation doesn't abate, and the Rossoneri are facing a tough test against Juventus so if the Partenopei, who have won their last two games, can get things right, they just may be able to put some pressure on the Milan-based sides by the time this round concludes.

Empoli vs Roma: Jose Mourinho's side have hit another snag, as they've won just two of their last five games. At the present, the Giallorossi find themselves in seventh spot, which would be enough to qualify for the Europa Conference League - but that's not why they brought in the man who calls himself "The Special One". At the very least, the capital club are aiming for a top four spot, but they'll need to start racking up points to close that gap.

Milan vs Juventus: This will certainly be the biggest game of matchday 23, pitting familiar foes Juventus and Milan against each other. Milan will be smarting following their controversial 2-1 loss to Spezia, with the minnows being aided by some poor refereeing decisions. Unfortunately, that result still stands, meaning that Stefano Pioli's squad will need to move on quickly and focus on the task at hand. The Diavolo are presently two points behind league leaders Inter, and with the possibility that the Nerazzurri could have their game postponed due to COVID-19, the Rossoneri could theoretically finish matchday 23 back on top of the table if everything goes their way.

Meanwhile, for Massimiliano Allegri, it will also be another interesting reunion with the team that he guided to the Scudetto in 2011, but was sacked in 2014. After a rough start, La Vecchia Signora have started to make up quite a bit of lost ground, and could dislodge Atalanta if they can beat Milan on Sunday evening.

Here's who's out or in doubt ahead of matchday 23