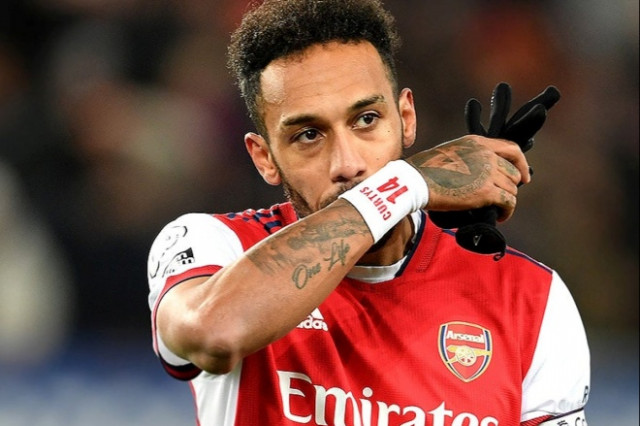 Despite the fallout surrounding his fractured relationship with Arsenal manager Mikel Arteta, which culminated in his being stripped of the captain's armband, Pierre-Emerick Aubameyang may not be an outcast for long. According to sources, namely Sky Sports, the Gabonese international is reportedly on the radar of two of Italy's biggest sides: Juventus and AC Milan. The Bianconeri have been desperately seeking attacking reinforcements for sometime, and this search has been cranked up a notch following a season-ending injury to key man Federico Chiesa.

Names like PSG's Mauro Icardi and Manchester United's Anthony Martial have been mooted, but none of these have come to fruition as of now.

As such, Juventus have apparently added Aubameyang to their list. The 32-year-old is no stranger to Italy, having spent time at Milan's youth academies, but never played for the Rossoneri at senior level.

And that's where things get interesting. As noted before, Juventus aren't the only Italian side interested in Aubameyang's services. Milan may not have given him a chance with the first team, as they loaned him out to Dijon, Lille, and Monaco before ultimately selling him to Saint-Etienne in January 2012 for a bargain price of €1.8 millon.

Flash-forward a decade later, and the Diavolo are now also considering bringing their former player back. Of course, he'll cost way more than the €1.8 million they sold him for, but the fact that he's a homegrown player could earn them a discount.

Furthermore, Milan are also looking for a boost in attack to give them options besides Zlatan Ibrahimovic and newly signed Olivier Giroud, who have struggled with injury issues.