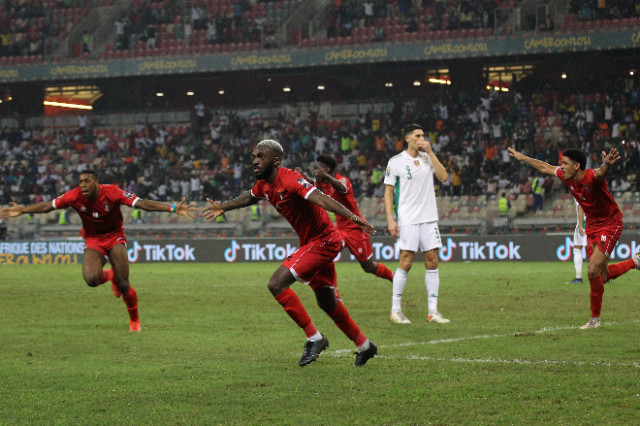 Algeria have been dealt a massive blow in their bid to retain their AFCON title following a calamitous end to their second game Group E game of the ongoing tournament. A second-half goal by Esteban Obiang delivered a massive win to Equatorial Guinea in the night's encounter, ending a remarkable 35-game unbeaten streak for the current continental champions and leaving them needing to beat the Ivory Coast in their final match to progress to the knockout phase of the competition.

While many might have predicted a stroll for Algeria, it was the underdogs who grabbed all the headlines with their fine showing from start to finish. Needless to say, the defending champions will rue several missed chances to actually see the game off as they were eventually made to pay for being woeful and inefficient in front of goal.

The big chance presented itself in the 70th minute after Dorian Junior forced a corner in favor of the National Thunder. Algeria then made a terrible mess in their attempt to deal with the corner and saw it being poked home at the back post by Esteban Obiang. Watch the goal below:

Incredible scenes as #TeamEquatorialGuinea, who are ranked 114th in the world, end #TeamAlgeria's 35-match unbeaten run.

Joy for some, despair for others at #AFCON2021

With the result, Algeria were demoted to the bottom of the Group E table while Equatorial Guinea climbed to second. The former have just the one point they managed from the 0-0 draw with Sierra Leone to show for and now have to defeat leaders Ivory Coast to stand a chance of qualifying for the knockout stage. They also saw their 35-game unbeaten streak which dates as far back as October 2018 coming to an end.

THE BEAUTIFUL GAME BLESSING #TeamEquatorialGuinea WITH A NIGHT FOR THE HISTORY BOOKS!