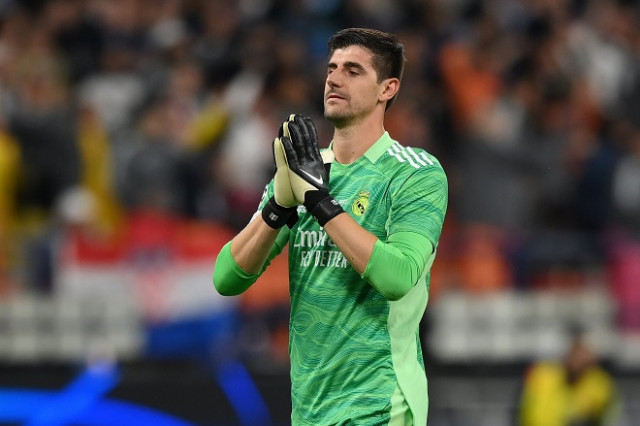 If Real Madrid can brag about their 14th UEFA Champions League title, they have to thank Thibaut Courtois for it.

The Belgian ace proved why some experts name him as the best shot-stopper in the world after putting up a performance for the ages at Stade de France. His saves during the second half were key to keep Real Madrid in the fight for the title, but once they had the lead, a couple of deflections to shots by Sadio Mané and Mohamed Salah proved crucial for Los Blancos to lift their 14th continental title.

Have a look at a couple of saves by the Belgian goalkeeper when things got tougher for Real Madrid's defense (Image might be geo-restricted).

Thibaut Courtois is putting in a SHIFT! pic.twitter.com/VXu5b3AQo9

Here is why Courtois' numbers ended up breaking records in the continental competition.

9 - Thibaut Courtois' nine saves tonight is the most on record (since 2003-04) of any keeper in a single #UCLfinal. Impenetrable. #LIVRMA pic.twitter.com/zIKhl5zaXT