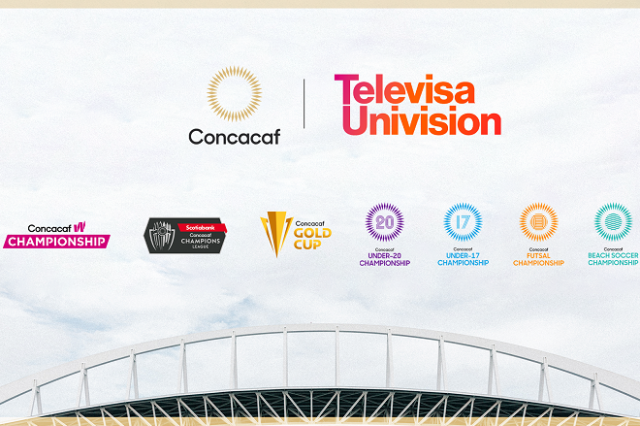 TelevisaUnivision, the leading Spanish-language media and content company in the world, and CONCACAF, have agreed to a multi-year rights renewal that will cover the region's most interesting club and national team tournaments.

The new deal has been announced after the end of a record-breaking CONCACAF Champions League Final, which had an audience of over 1.5M viewers in the United States, with almost half of those viewing the clash doing so via TUDN.

This new agreement will see TelevisaUnivisión with exclusive Spanish language rights in the U.S. for the next three CONCACAF Champions League editions, even when the tournament's format changes in 2024 to include more teams from more countries. The winner of this tournament will represent CONCACAF in the FIFA Club World Cup.

CONCACAF's new deal with TelevisaUnivisión will also coverage of the much anticipated CONCACAF W Championship, which will be good for the teams involved to qualify to the FIFA Women's World Cup in 2023 and the Paris 2024 Summer Olympic Games, with teams such as the USWNT, Canada, Jamaica, and Mexico being involved in the tournament.

TelevisaUnivisión will continue with its coverage of CONCACAF competitions that has lasted for over a decade, featuring high rating numbers for tournaments such as Gold Cups, CONCACAF Nations Leagues, and other competitions. Just last year, TelevisaUnivisión had a 4m audience for the inaugural CONCACAF Nations League Final between Mexico and the United States, while also adding 6m viewers for the CONACAF Gold Cup final.