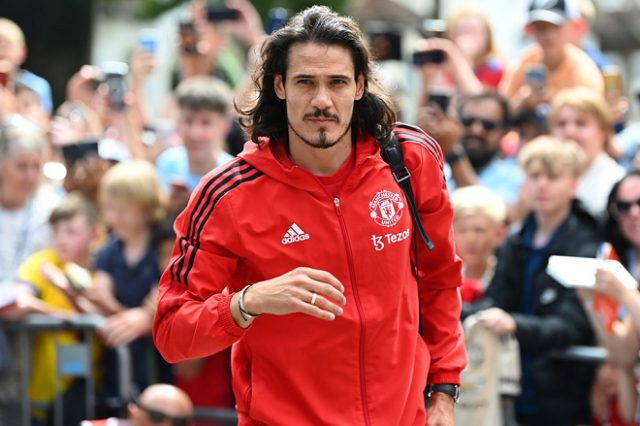 The end of Edinson Cavani's career at Manchester United has come in one of the worst possible forms. Contrary to his kind spirit and proper forms, Cavani was not able to keep it together and will be remembered with his last gesture as a Man United player being an insult aimed at one of the team's supporters.

It all happened in the aftermath of Sunday's game against Crystal Palace, which the Red Devils lost one-nil. Cavani was spotted leaving the stadium and walking towards the team's bus, where several Manchester United fans were waiting for the players to voice their complaints after the end of this woeful season.

As Cavani approached the bus, he stared directly at one fan that was yelling something at either the club or aimed at himself. It is yet to be revealed what the fan was shouting, but Cavani did not hold back and held up his middle finger towards the fan. To make it even clearer, he pointed at the fan while saying "you", while holding the middle finger up one more time.

Have a look at the footage where Cavani replies to an alleged insult.

This incident will undoubtedly mark a disappointing end to Cavani's run with the Red Devils. The 35-year-old footballer will leave the club having scored 19 goals in 59 games for the red and white side, and this sort of incident may see him having a hard time to find a new club to play for.