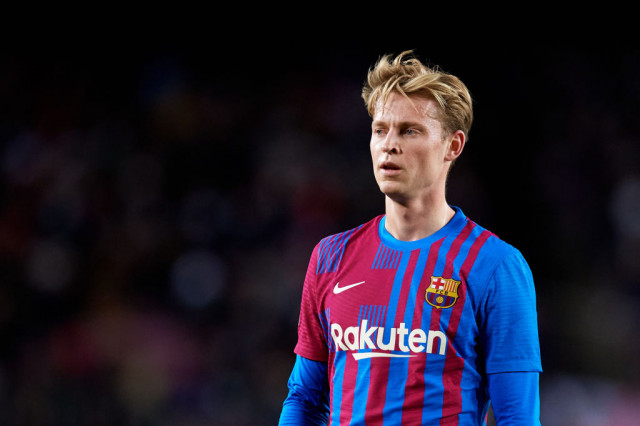 Barcelona president Joan Laporta has ruled out the departure of midfielder Frenkie de Jong this summer. The club's chief has revealed that the Dutchman is not for sale, putting Manchester United's pursuit of the player in doubt.

For a number of weeks now, there has been general acceptance that De Jong could potentially become a Red Devil this summer. The midfielder has been identified as the main transfer target of the club's new boss Erik ten Hag who is eager to lead the renaissance by reuniting with his former student at Old Trafford. After a prolonged period of negotiations, a report from Spain stated that a breakthrough had been made after Barcelona and the Premier League outfit reached a compromise on the player's price tag.

On Friday, transfer guru Fabrizio Romano stated that an agreement was more than close after Man United and Barcelona agreed on a on €65m fixed fee for Frenkie de Jong. The offer was expected to rise to 85M as a €20M add-ons structure was being discussed by both clubs before the former open talks on personal terms.

However, all too soon, Manchester United's dream move for De Jong seems to be crashing, with Barcelona's president breaking from the trend of information that has been circulating in recent days and offering a twist to the transfer saga. Laporta leveraged his appearance at a tribute to Johan Cruyff to give an update on his side's situation in the transfer market, seemingly putting an end to the De Jong rumors by stating that the player is not for sale.

▫️ Agreement more than close since Monday between Man United and Barcelona for Frenkie de Jong on €65m fixed fee, but €20m add-ons structure to be discussed... and then personal terms;

"There are many clubs that want him, not just Man United," he said as per Marca.

"We have no intention of selling him, he wants to stay.

"I'm going to do everything to keep Frenkie, but there's also a salary issue and that would have to be adjusted".

Some believe that Laporta's stances is illegitimate as he only seeks to drive a bidding war between the clubs interested in securing the service of De Jong. The Netherlands international has a contract with Barcelona until June 2026.