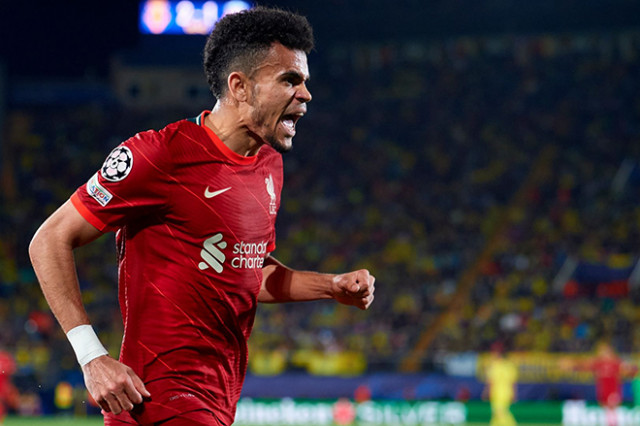 Since joining Liverpool in January, Luis Diaz has quickly become an Anfield sensation. The Colombian attacker almost immediately worked his way into Jurgen Klopp's lineup, which is impressive given that Diogo Jota and Roberto Firmino were dropped as a result, and is now seen as the future of the Reds' front three.

Just under four months after his arrival from Porto, the 25-year-old has already gotten his hands on two trophies, winning the Carabao Cup and the FA Cup, and on Saturday he will make his debut on the biggest stage club football has to offer: the UEFA Champions League final.

However, according to the player's father, the breathtaking winger came close to losing his life and thus missing out on his dream career. Luis Manuel, the Colombian ace's parent, gave an interview to Noticias RCN in which he discussed his son's hardship, revealing that the attacker nearly passed away when he was a child.

It's no secret that Luis, nicknamed Fideo (noodle) in Spanish, was a skinny boy. However, this wasn't always the case, with his father stating that the player was "very chubby" at the age of two and three.

Unfortunately, illness befell him and he began losing a worrisome amount of weight, nearly losing his life as a result.

"When he was little, two or three-years-old, he was chubby, he was very chubby," Diaz's father told Noticias RCN (as per The Sun).

"He had a disease process, it gave him discomfort and he lost weight in that process.

"We used to say that he was going to die, because as the old men used to say when they kept an eye on him: 'the bald guy got sick, he got sick'."

The father later added: "A man from up here [his hometown of Barrancas] was the one who helped me with it and recovered it for me."

The Liverpool ace was later described as "clumsy, malnourished" by a coach for Colombia's indigenous communities' youth team which Dias trialed for. When on loan at Barranquilla, the winger was put on a diet to help him gain 10kg, but despite his weight issues, the attacker continued to impress before eventually getting his move to Europe in 2019.

And this weekend, the former Primeira Liga talisman will get the chance to lift the most prestigious trophy in club football when the Merseyside giants lock horns with Real Madrid in the UEFA Champions League final. Victory over Los Blancos would mark a brilliant rise in his career, going from a "malnourished" kid in Colombia to a champion of Europe.