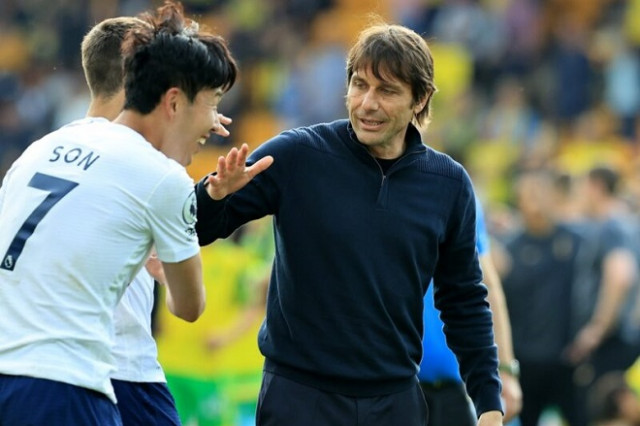 Tottenham's rise and eventual end of the season in fourth place opened up a large variety of options for the North London club, and while their first order of business will be trying to keep coach Antonio Conte around, sports director Fabio Paratici has already set a plan in motion to keep his compatriot around.

According to a report by The Telegraph, the Lilywhites are ready to offer Conte as many signings as he desires to keep him around. The Italian coach had urged his bosses to make an effort to hire reinforcements if they were to compete for the Premier League title. Now that the club finished fourth, their intention is to honor that agreement and provide Conte enough talent to try and win the Premier League AND the UEFA Champions League.

The article states that Fabio Paratici will make a trip to Italy to give Conte an update on the project they have in mind, which would include six new signings for Spurs. Some of the names that have emerged as options include Alessandro Bastoni and Christian Eriksen, who worked with Conte at Inter, and others such as James Ward-Prowse, Kalvin Phillips, Gabriel Jesús and Raheem Sterling.

Out of those players, the main options to hire for Tottenham are Eriksen and Bastoni since they already know the coach's ways. But the real cherry on top of this project would be the signing of either one of Manchester City's players for some reasons revealed in the original article.

Spurs would claim a massive win -yes, one more- against Arsenal since they already had a deal in place with Gabriel Jesús. Nevertheless, the player's desire to play UEFA Champions League football has seen him throw the original plan out of the window in favor of a potential move to Tottenham.

If Jesús' deal does not take place, the option to hire Sterling could be even more tempting. Hiring the English international would boost the team's chances up front, and on top of that, they would lure him away from one of Tottenham's potential title rivals. The player is yet to decide on his future with only one year left in his deal, and if he decides to leave the club, Tottenham will be the first of his suitors to launch a bid for his services.

On top of that, Spurs' representatives have already told Paratici that the team's parent fund, ENIC International, has agreed to boost their transfer money to over €150M (around $160M), which may come in handy to fuel most of the team's planned transactions this summer.

Either way, the options of watching Conte extending his stay are 50-50, but all of these signings should be tempting enough to convince the seasoned boss to lead the Lilywhites in one more attempt to win the Premier League title.