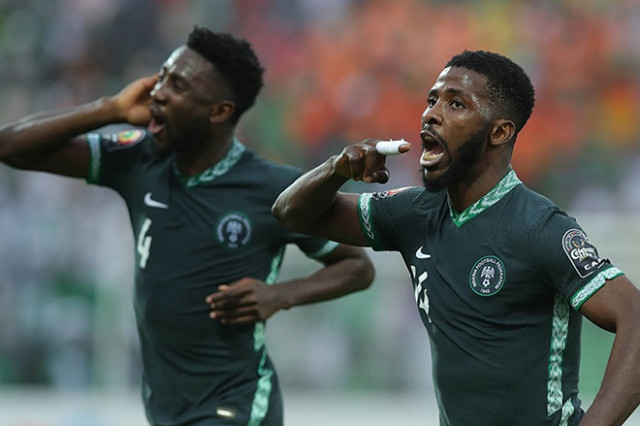 With the 2021 Africa Cup of Nations group stage having come to an end, all eyes will be on the knockout stage, with that set to kick off on Sunday.

Given how the first round went down, fans can expect nothing but excitement. The group stage produced everything such as brilliant team goals, headline-worthy controversy, and several shocking results, with a few continental giants suffering early exits – namely Ghana and the defending champions Algeria.

The round of 16 is next, with eight matches set to take place across four days, meaning two fixtures will go down in each day. Things commence at 11 a.m. with Burkina Faso vs Gabon but it is the second fixture that has everyone on the edge of their seats as Nigeria, one of the favorites to lift the crown, will take to the field. Here's everything you need to know about Sunday's 2021 Africa Cup of Nations fixtures.

How did Sunday's teams make it to the 2021 Africa Cup of Nations round of 16?

Burkina Faso: Les Étalons made it to the knockout stage by finishing as runners-up in a tightly-contested Group A. Cameroon ran away with the no. 1 spot but the next two teams finished on four points each, with Burkiina Faso just edging it out over Cape Verde thanks to their superior head-to-head points tally. Given that Cape Verde will face Senegal, Burkina Faso will be breathing a sigh of relief that they dodged the Lions of Teranga.

Gabon: The Panthers started on a horrible note, losing captain and star striker Pierre-Emerick Aubameyang to COVID-19 shortly before the tournament's kick-off. However, Gabon have fared extremely well in the Arsenal man's absence, going unbeaten in the group stage thanks to their one win and two draws. Patrice Neveu's side only managed a victory over Comoros but the fact that they held both Ghana and group winners Morocco to draws is proof that they are no pushovers.

Nigeria: The Super Eagles are the only national team that boast a perfect record, having won every single group stage tie. Furthermore, Nigeria only conceded one goal while finding the back of the net six times. As a result, Iheanacho and Co. won the group by a mile, finishing three points ahead of second-placed Egypt.

Tunisia: The Eagles of Carthage's campaign kicked off with controversy after horrendous officiating in their opening day defeat. Fortunately, Tunisia were able to bounce back on Matchday 2, putting four past Mauritania. That result secured them progression as one of the top four third-placed teams of the group stage.

Burkina Faso vs Gabon: This match kicks things off in the round of 16 as these two underdogs look to go as far in this tournament as possible. Both finished as runners-up in their respective groups, with Gabon's feat being slightly more impressive as they condemned Ghana to a group-stage exit along the way. While these two African nations have met 20 times before, they do not boast an extensive head-to-head record in this competition, facing off only twice before in the Africa Cup of Nations. The Panthers boast the superior record, winning one and drawing the other, and will thus go in search of victory no.2 come Sunday's showdown.

Nigeria vs Tunisia: This is undoubtedly one of two standout round of 16 fixtures, the other being Ivory Coast's showdown with Egypt. The Super Eagles take on the Eagles of Carthage as the continental giants look to book their ticket to the quarterfinals. Form favors Nigeria, with Augustine Eguavoen's men winning all of their fixtures so far, as mentioned earlier. Tunisia, on the other hand, look to shake off the horror that was their opening day defeat, as the North African side lost 1-0 to Mali in a game which saw the referee blow the final whistle twice before the 90th-minute mark. Unfortunately, beating the Super Eagles will be no easy feat.

Here are the players set to miss Sunday games:

Burkina Faso: They have a fully-fit squad available.

Gabon: Pierre-Emerick Aubameyang and Mario Lemina have both been sent back to their clubs after encountering health concerns related to COVID-19.

Nigeria: They have a fully-fit squad to choose from.

Tunisia: Farouk Ben Mustapha is suspended for this tie.