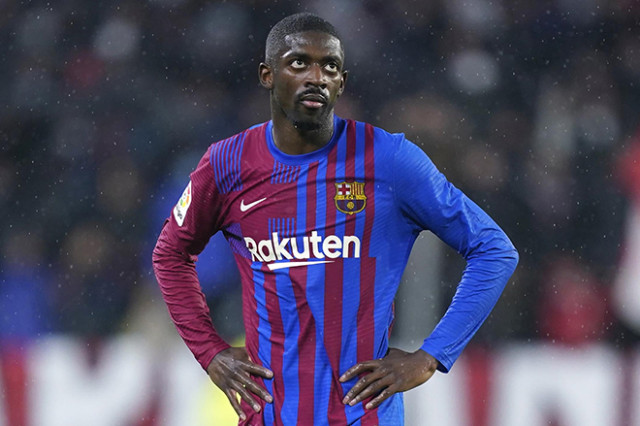 Official: Barcelona confirm Dembele will be leaving Camp Nou, Frenchman to be sold this month

Ousmane Dembele's time is finally approaching its end. After an expensive, injury-plagued spell at the Camp Nou, the Frenchman has decided to leave the Spanish giants, with the Blaugrana now looking to move the winger on this month.

The former Dortmund ace had long been locked in contract negotiations with the club. Given that he is out of contract this summer, this was inevitable as the club looked to tie him down to a deal in order to avoid losing him for nothing in a few months time.

Everything appeared well, but then suddenly, the negotiations broke down, with the player turning down several offers from the Spanish giants. Nonetheless, Barcelona held hope, with manager Xavi even admitting in yesterday's pre-match press conference for their Copa del Rey showdown with Athletic Club that a choice had not been made regarding his future.

"We haven't thought of that scenario," the Camp Nou boss said when asked if the attacker would be excluded from the matchday squad as punishment. "Either he extends his deal or we will let him go, there will be no more. We've been pretty honest with him. He has told me he wants to extend, but he hasn't done so. We don't have another choice, we will either cash in on his exit or keep him around, we haven't thought about that."

However, the official confirmation came shortly afterwards from Mateu Alemany, with the Barcelona director revealing that the Frenchman has no intention of staying at the Camp Nou after rejecting many renewal offers. As a result, the winger has been frozen out of the first team and will be put up for sale this month.

"In all this time, almost seven months, we have talked, Barca has made different offers, we have tried to find a way for the player to continue with us and those offers have been continuously rejected by his agents," Alemany said.

"It seems obvious to us that the player does not want to continue at Barcelona and is not committed to Barca's future project.

"We told him and his agents that he must leave the club immediately because we want to have players committed to the project.

"We expect a transfer to take place before January 31. The sporting consequence is that we don't want to have players who don't want to be at Barca.

"The fact that he was not in the [squad] list for today is the consequence of this whole process. The coach has our full support, it's a consistent attitude."

Whether the Blaugrana can cash in on the former Dortmund ace before the current transfer window shuts close remains unclear. Despite being an undeniable talent, his constant fitness and injuries issues, accompanied by his high wages, make things complicated.

There have been links with the Premier League, with Newcastle having reportedly made inquiries, but it's hard to see a player leave Barcelona for a team facing relegation. Only time will tell where Dembele will end up.