UEFA Champions League: Where to watch AC Milan vs Liverpool live on December 7, 2021

The story so far

AC Milan are poised to join Liverpool in the last 16 but will require a win when they host the Reds at San Siro on Tuesday night. A win over Jurgen Klopp's side and a draw between second-placed Porto and Atletico Madrid will be enough for the Serie A club to qualify for the knockout stage. On the contrary, victory for Porto would immediately relegate the Rossoneri to the Europa League, a fate they are hoping to avoid at all cost as they chase their first home win in Europe's top-flight competition since September 2013.

While the stakes remain high for the seven-time European Champions, Liverpool will fancy their chance to achieve an unprecedented feat when they gear up for Tuesday's encounter. The Merseysiders have already progressed to the knockout phase after accumulating 15 points from the five matches they have played so far. Should they manage a win over AC Milan, they will become the first English club to win all their group stage games in the history of the Champions League.

Team news: Who is injured or unavailable?

Ahead of Tuesday's meeting with Liverpool, Pietro Pellegri has joined the likes of Olivier Giroud, Samu Castillejo, Ante Rebic, and Davide Calabria in the treatment room for AC Milan. Although both Rafael Leao and Simon Kjaer are out, Mike Maignan has returned, while Zlatan Ibrahimovic is ready to lead the line.

For Liverpool, Joe Gomez and Naby Keita - both of whom returned to training this week after more than a month out with injuries - are anticipated to be on the bench. However, James Milner remains suspended. Roberto Firmino, Curtis Jones, and Harvey Elliott are all ruled out with respective injuries. 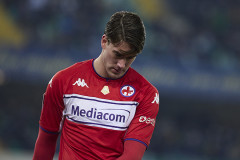